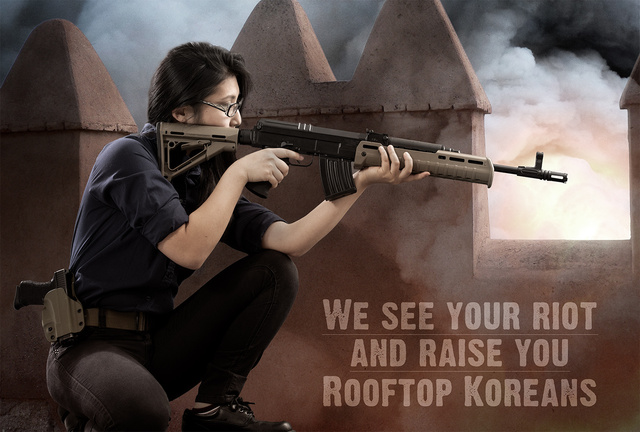 
The rifle, fed with stripper clips, is actually California-legal for now. The Glock as well, with 10-round magazines. Actual defense against rioters…not so sure. Urban cops might take the side of the looters.

On the plus side, it seems that large-scale riots are less likely, now that the chief instigator is out of office. A good time to get ready for various future eventualities. Or, if rooftops seem like a chancy place, to move out of California, New Jersey and similar leftist Trashcanistans to America.