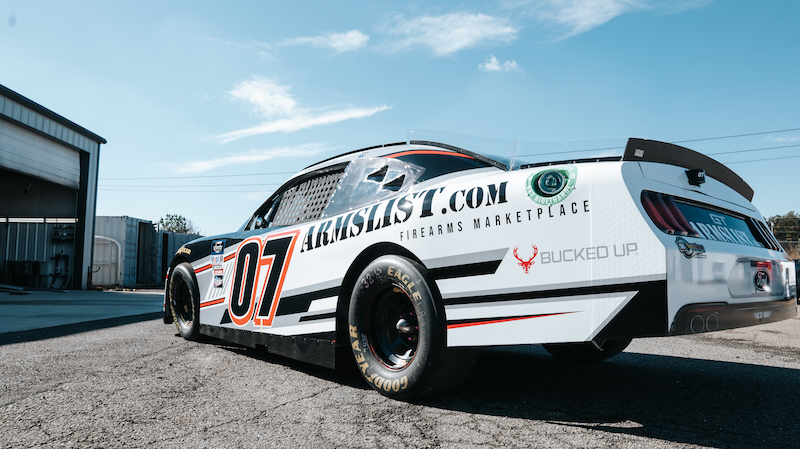 Welcome Aboard: Joe Graf Jr. and SS GreenLight Racing with Jeff Lefcourt welcome Armslist.com, as the primary marketing partner of the No. 07 Ford Mustang for the 33rd and final NASCAR Xfinity Series race of the 2022 season.

Armslist.com is America’s number one firearms classifieds website, with over 100,000 active listings!  Armslist users can browse their local area for amazing face to face deals, sell their items in their local area, or shop nationwide from Armslist’s network of over 1300 FFL dealers!

Armslist.com was founded in 2007 as a place where like-minded, freedom loving, pro-Second Amendment Americans could buy, sell and trade firearms, ammo, accessories and more after its founder experienced firsthand how popular marketplace sites on the Internet had begun to shun firearms and firearms-related items.

Armslist.com is a simple, easy to use, non-intrusive firearms classifieds website with only a nominal monthly fee.  Unlike its competitors, Armslist does not have anysale or listing fees!  You can buy, sell and trade as much as you like!

Armslist.com is stronger than ever, and we have only our loyal user base and its enthusiasm for freedom, the Second Amendment, and our beloved Constitution to thank!  We are excited to continue to provide our users with new and improved ways to safely and effectively exercise their rights in the months and years to come!

Safety First: Whether you are brand new to firearms or you've been around them your entire life, it is always good to brush up on the 4 Cardinal Rules of Gun Safety, and to teach them to others:

For more details, and more gun safety rules to follow, be sure to check out the NSSF’s article on Firearm Safety here.

Catch Him On The Dial: Before Joe Graf Jr. straps into his No. 07 Armslist.comFord Mustang on Saturday afternoon, the SS GreenLight Racing with Jeff Lefcourt driver will be featured on “The Frontstretch” on SiriusXM Satellite Radio Channel 90 with host Pat Patterson LIVE on Saturday morning, November 5, 2022, at approximately 10:00 a.m. ET.

Graf will also spotlight a new commercial featuring Bucked Up Energy’s Buck Shot in several spots throughout the weekend, including the full four-hour program on Cup Series Championship 4 on Sunday, November 6, 2022.

Get It While It’s Hot!: Joe Graf Jr. and partner EAT SLEEP RACE are accepting pre-orders on new tee-shirt apparel from driver and partner Bucked Up Energy Drink and their Miami-vibe look from Homestead-Miami Speedway!

Please note, this is a pre-order-only Listing. The pre-order period ends Monday, November 8, 2022.

Click here for additional information and to place your order.

Save The Date: The offseason may be approaching, but that doesn’t mean Joe Graf Jr. won’t be around. This week, he confirmed his attendance for this year’s 33rd annual Stocks-For-Tots.

Returning after a record-setting event in 2021, this year’s event is set for Tuesday, December 6, 2022, in Mooresville, N.C.

Additional details on the engagement will be available through Graf’s social media and Stocks-For-Tots’ official Facebook page.

Since 1989, Stocks for Tots has generated more than $1 million and collected well in excess of 70,000 toys during its never-ending efforts to raise awareness of child abuse throughout North Carolina.

In his previous five starts, Graf has delivered a track-best of 25th earned in the March 13, 2021 running of the Call Before You Dig 200 after starting 16th.

Overall, he has an average finish of 29.0 at Phoenix.

Joe Graf Jr. Xfinity Series Career Short Tracks Stats: At tracks classified as a speedway, Graf has competed in 46 NASCAR Xfinity Series races. He holds an average starting position of 25.7 and an average result of 25.8

After qualifying a career-best 12th last Friday afternoon, Graf maintained a solid pace inside the top 20 despite battling a loose race car at the onset of Stage 1. Unfortunately, late in the stage, Graf would be dumped by another competitor who said he lost all brakes in his race car.

The contact sent Graf up the race track and into the Turn 1 wall hard. The SS GreenLight Racing with Jeff Lefcourt team was able to piece back together the mangled race car where Graf was able to soldier on to a frustrating 27th-place finish.

Sneaker Mania: Along with the adrenaline of the Motorsports competition, Joe Graf Jr. also has a vogue for hype sneakers. In his current collection, he owns and wears at least 90 limited edition sneakers – and his collection continues to grow every month.

The current estimated value of his collection tops $100,000.

He will crew chief his 98th NASCAR Xfinity Series race as crew chief on Saturday afternoon and his sixth race in the desert of Avondale, Ariz.

Brown is set to make his 150th career Xfinity Series start overall and eighth at Phoenix. His best Xfinity Phoenix track finish occurred in the 2021 Call Before You Dig 200, where he finished third after starting 11th for his family-owned Brandonbilt Motorsports team.

On Phoenix Raceway: “I can’t believe the end of the season is here. It seems like we were just taking the green flag on the year at Daytona but on Saturday afternoon, we’ll be taking the checkered flag on the 2022 Xfinity Series season.

“I cannot thank my SS GreenLight with Jeff Lefcourt team enough for all of their hard work, effort and support throughout the year. I feel like we have improved our team considerably from last year and that is because of all the hard work involved by all.

“Overall, I like Phoenix. I’ve had some good qualifying runs there but haven’t been able to seal the deal with a finish I’d be content with. I’m thankful and appreciative to have Armslist.com on the car this weekend and I hope we can deliver them a solid result in their Xfinity Series partnership debut.”

As one of the most tenured teams in all of NASCAR, SS GreenLight Racing with Jeff Lefcourt led by team owner and former driver Bobby Dotter and new partner Jeff Lefcourt has been a mainstay entry in the sport fielding entries in either the NASCAR Camping World Truck Series or Xfinity Series competition since 2001.

SS GreenLight Racing with Jeff Lefcourt will continue with a two-car program in the NASCAR Xfinity Series in 2022. 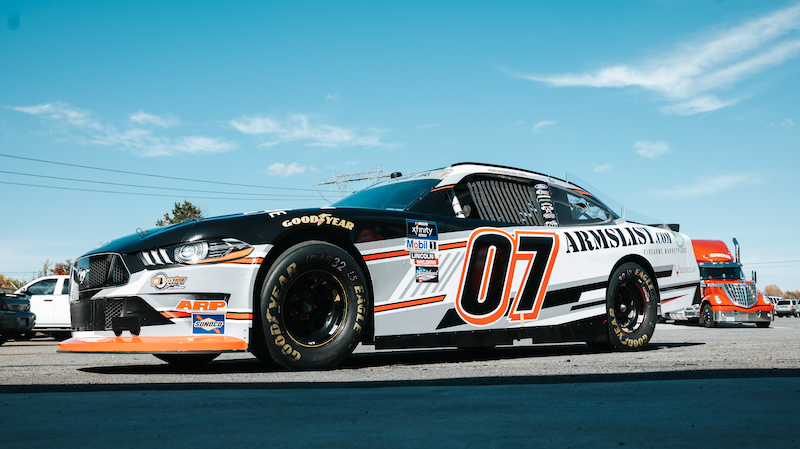 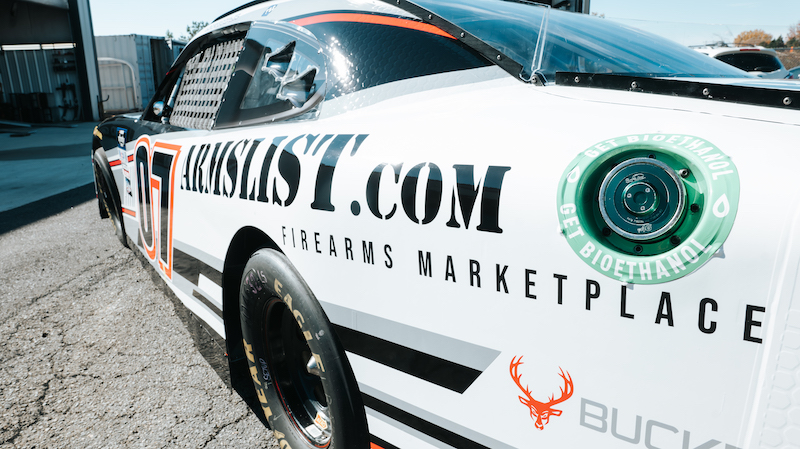 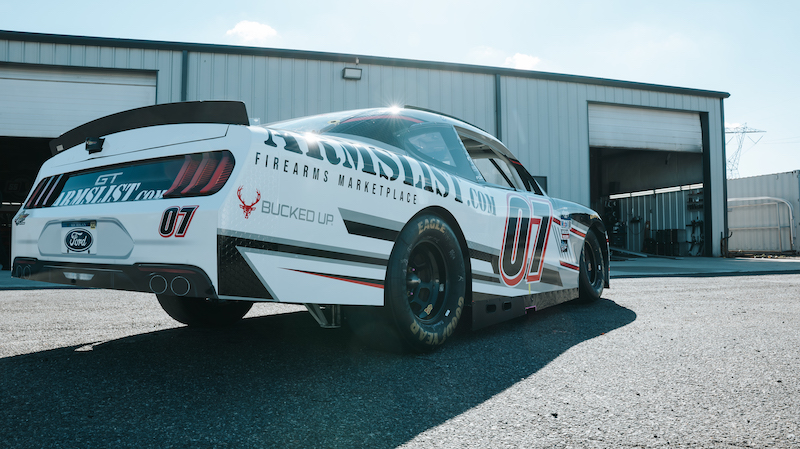 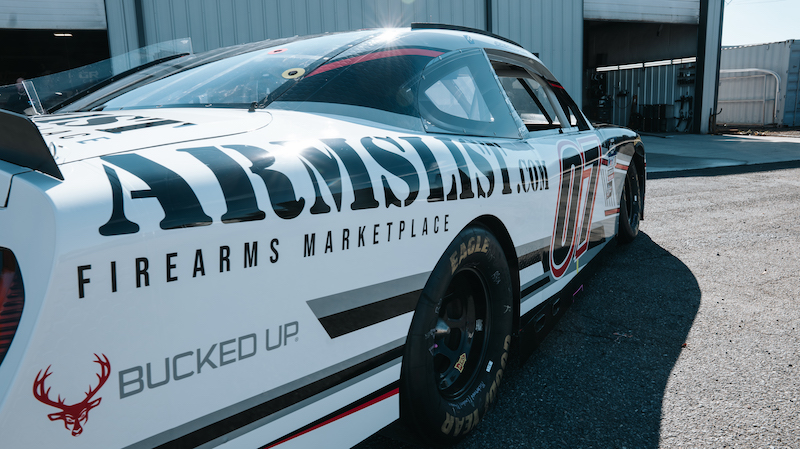 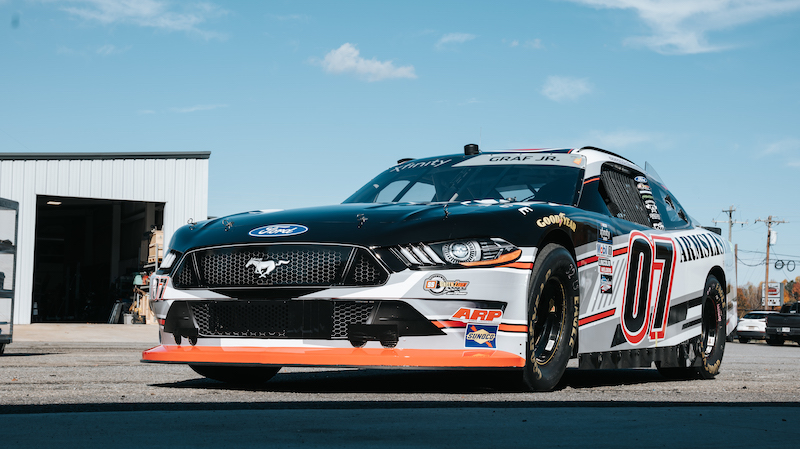