The Beretta M9A3:  The M9 Revisted 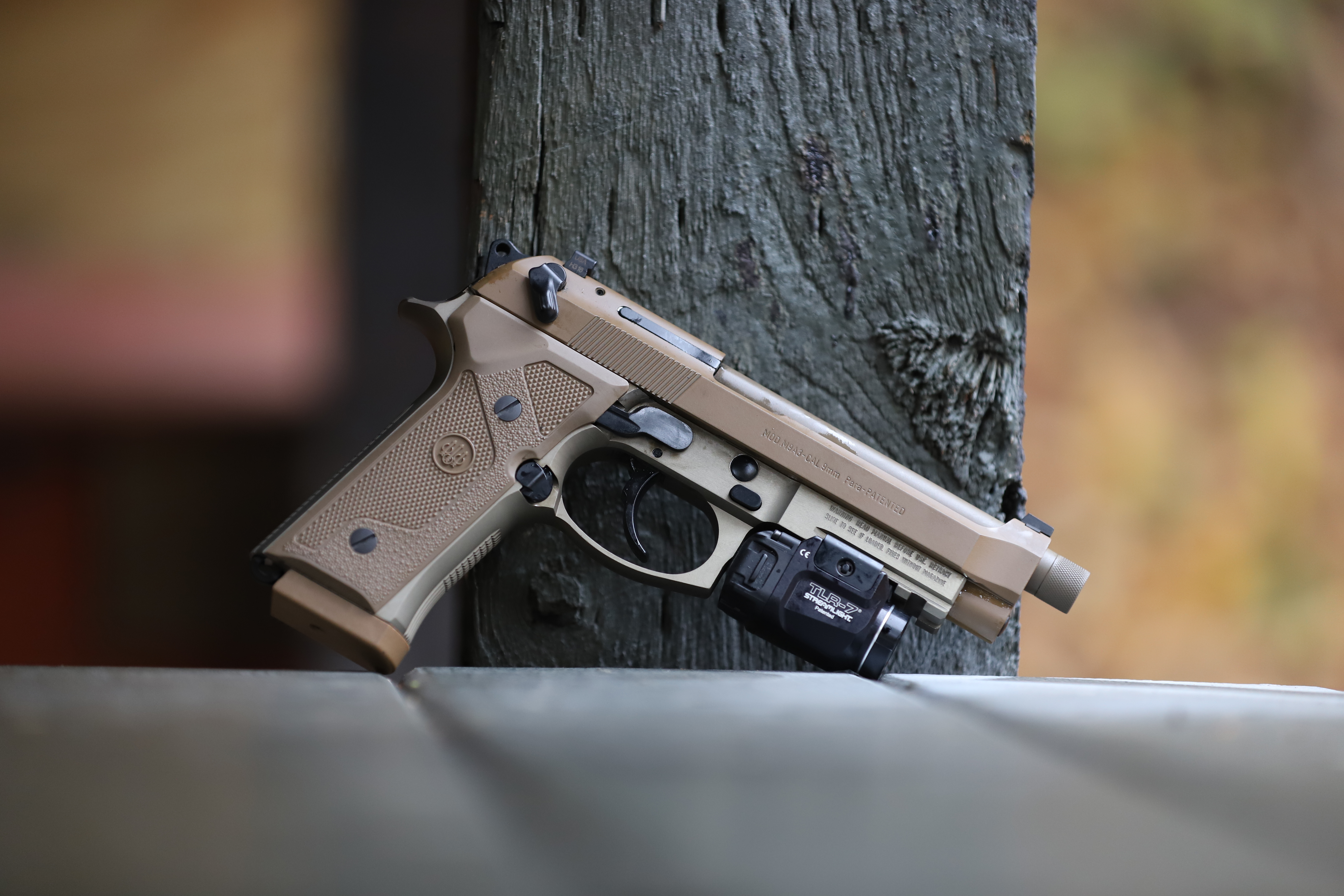 The first pistol I ever pulled the trigger on - courtesy of Uncle Sam - was the now-venerable Beretta M9 - a full-size, double-stack 9mm combat handgun that the US military adopted in the 1980s to replace their aging stockpile of M1911 pistols.

Having had nothing to compare it to at the time, I remember having a generally positive take on the pistol, despite not doing exceptionally well with it the first few times at the qualification range.  After turning 21 however, I began to purchase my own personal handguns - the first being an H&K .45 USP, and the second being a Springfield Armory 1911 GI-model.  Between my civilian pistols and those of friends I went shooting with on occasion, I began to slowly develop a better sense of what I liked and disliked in a pistol. It was around this time I remember beginning to thumb my nose at the poor M9, and began to take notice of some of what I felt were the pistol’s shortcomings. 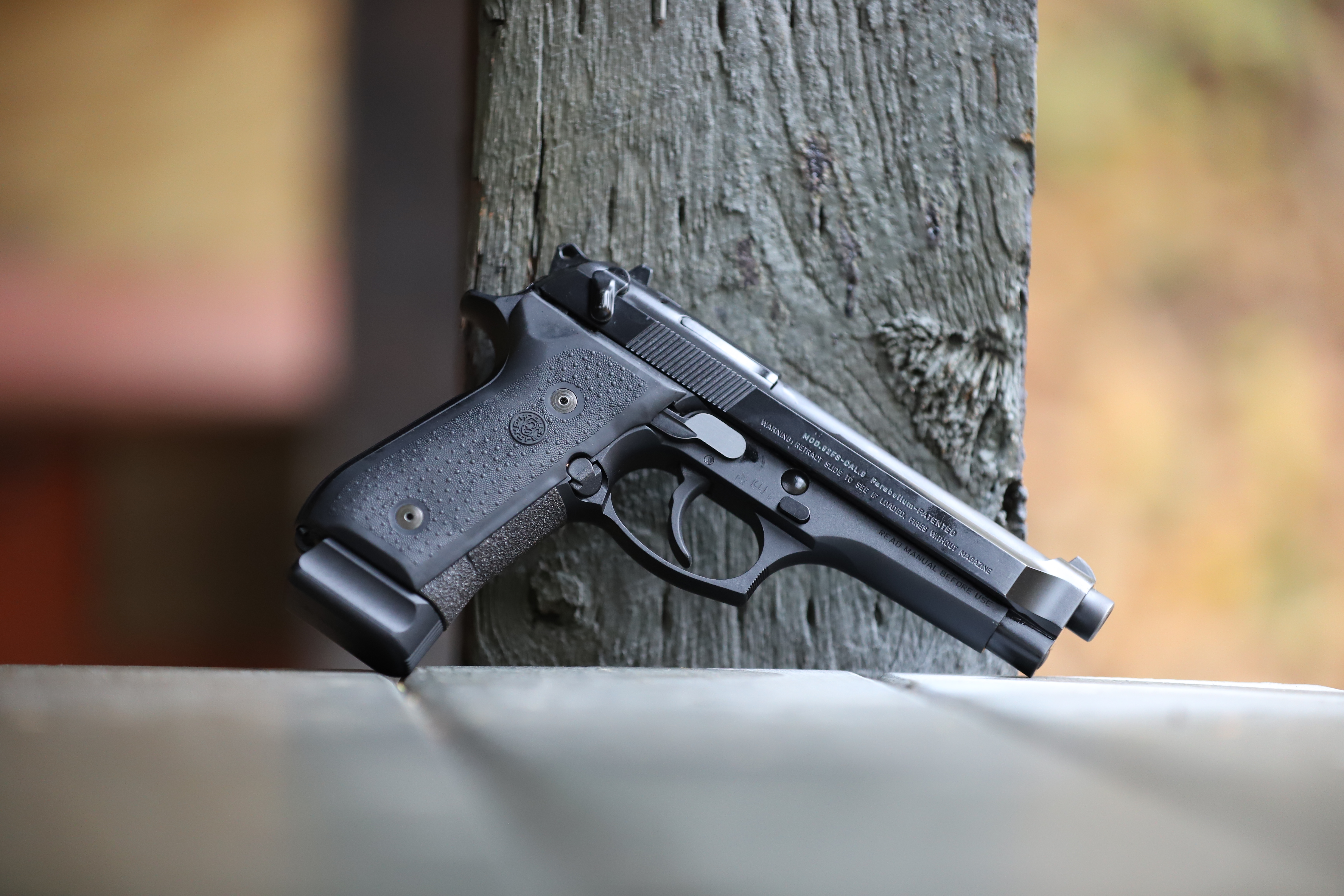 The Beretta is a fairly large pistol, in general, but especially for a 9mm, and especially regarding the grip. Indeed, one of the biggest complaints of the M9 was that the large grip and hump in the backstrap area made the pistol difficult to hold and properly control for people with smaller hands. I’m 6’2”, and have moderately large spider-monkey hands, but as soldiers/people come in all sorts of sizes it is of course hard to procure a singular piece of equipment, like a pistol, that is going to work for everybody as far as size.

The other aspect of the M9 which I began to dislike was the slide-mounted safety/de-cocker.  While I appreciated the added level of safety that this design gave you, the location of the safety/decocker seemed odd after shooting a friend’s Sig p226, in which the decocker seems to be in a much more natural place. Yet another reason to begin favoring other pistols and designs over the M9 was it’s double/single-action trigger - which in my early/novice pistol-shooting days I had yet to learn to appreciate and get used to.

Oddly, and perhaps ironically, it was my purchase and shooting of my WW2-replica GI model Springfield 1911 that made me finally say ‘no, grazie’ to the Beretta, and write it off for years to come.  I found the 1911 - the pistol which the M9 replaced - to have an exceedingly more comfortable and ergonomic grip; the straight-back pull design of it’s single action trigger make it one of the best trigger designs ever invented; and the safety is in a much more natural and intuitive location.

As the years rolled on I was introduced to more and more handguns which reinforced my dislike of the poor Beretta M9: the much-lighter polymer framed Glocks made me realize what a brick the M9 was to carry; all striker fired guns made me, for a time, turn my back on hammer fired guns altogether; and another oldie - the Browning Hi-Power - blew my mind, and eventually led me to the love of my life - the CZ-75.

Despite the Beretta being admittedly a very attractive looking pistol, and despite everything Bruce Willis and Mel Gibson did to try to convince me, it seemed all hope was lost for me ever taking a liking to the Beretta M9 again... but then came the M9A3.

As many of you may know by now, the US Army and Air Force held a competition to replace both the aging M9 full-size service pistol, and the Sig M11 compact - and Sig Sauer’s modular polymer-frame striker-fired P320 won the competition in January 2017, and is already being issued and fielded to soldiers and airmen as the M17 and M18 pistol.  But very early on, after announcing that the US Army and Air Force were looking to replace their M9s, Beretta designed the M9A3 - an improved version of the M9 which addressed many of the requirements the US military had asked for.  Beretta’s M9A3 did not win the contract, and technically was never submitted, as the US Army rejected it outright due to wanting to go with a completely different design.  But, the resulting product is a thing of beauty, and has luckily found a home in the US civilian market.  So, what’s different?

Of all the modifications and improvements, none will stand out more to a shooter of the original Beretta M9 than the M9A3’s redesigned grip.  Beretta used their Vertec grip, which is available on the 92 Vertec Inox model as well, and which shaves off of the hump in the rear of the grip - straightening the grip angle to more of a 1911-feel.  Additionally, the grip panels themselves are much thinner, yet still durable, which altogether has reduced the grip’s circumference of the M9A3, making it a much better shooting pistol to a larger variety of hand sizes. If one longs for the feel of the old M9 grip however, the pistol ships with a set of Hogue grips that bring the M9A3’s grip back closer to it’s predecessor’s feel.

While I have learned to effectively use DA/SA pistols from years of experience now, I wish I had started out with a pistol that has the M9A3’s improved trigger.  The M9A3 comes from the factory with the Beretta ‘D’ trigger return spring. It is always hard to describe the way a trigger feels in words, but the M9A3’s double action trigger is hands-down the nicest factory DA trigger I have ever shot.  It is a smooth pull to the rear, with no stacking, followed by a crisp/clean break. With minimal practice I was dry firing the pistol on double action with the front sight staying perfectly still.  The single action trigger is no less impressive. There is a very short and tactile reset, and another clean break at what felt to be around 3 lbs. 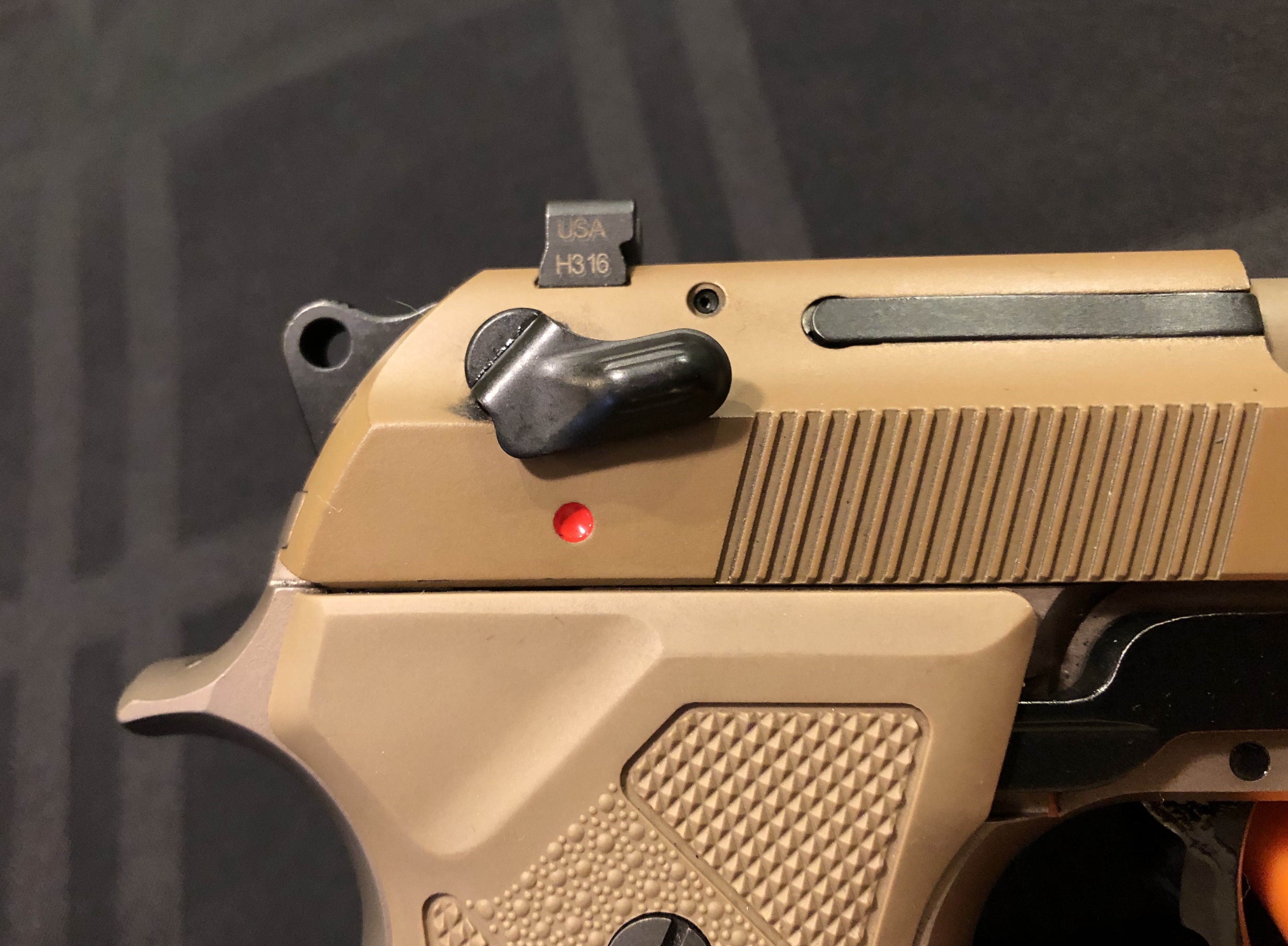 The safety/decocker is still in it’s original slide-mounted position, but I have learned to work with it, and after all these years I now wonder why I ever disliked it.  Perhaps it was that I started out on military pistols that had been beaten to hell and not properly serviced - while my M9A3 is a brand new pistol.  Who knows. But, with enough practice and training I believe anyone can get used to the Beretta’s safety/decocker system.  An extremely important and much-needed modification Beretta made to the M9A3’s safety, however, was that they angled the lever up just a few degrees from where it sits while in the ‘fire’ position.

The reason this had been a problem in the past is that, previously, it was possible when grabbing the rear of the slide to charge it - such as when clearing a malfunction - to inadvertently engage the safety off the fire position when grabbing the slide. By angling the lever up just slightly, this causes the safety to be pushed UP (keeping it in the fire position), rather than DOWN (into the ‘safe’ position), by any rearward force that’s applied to it. 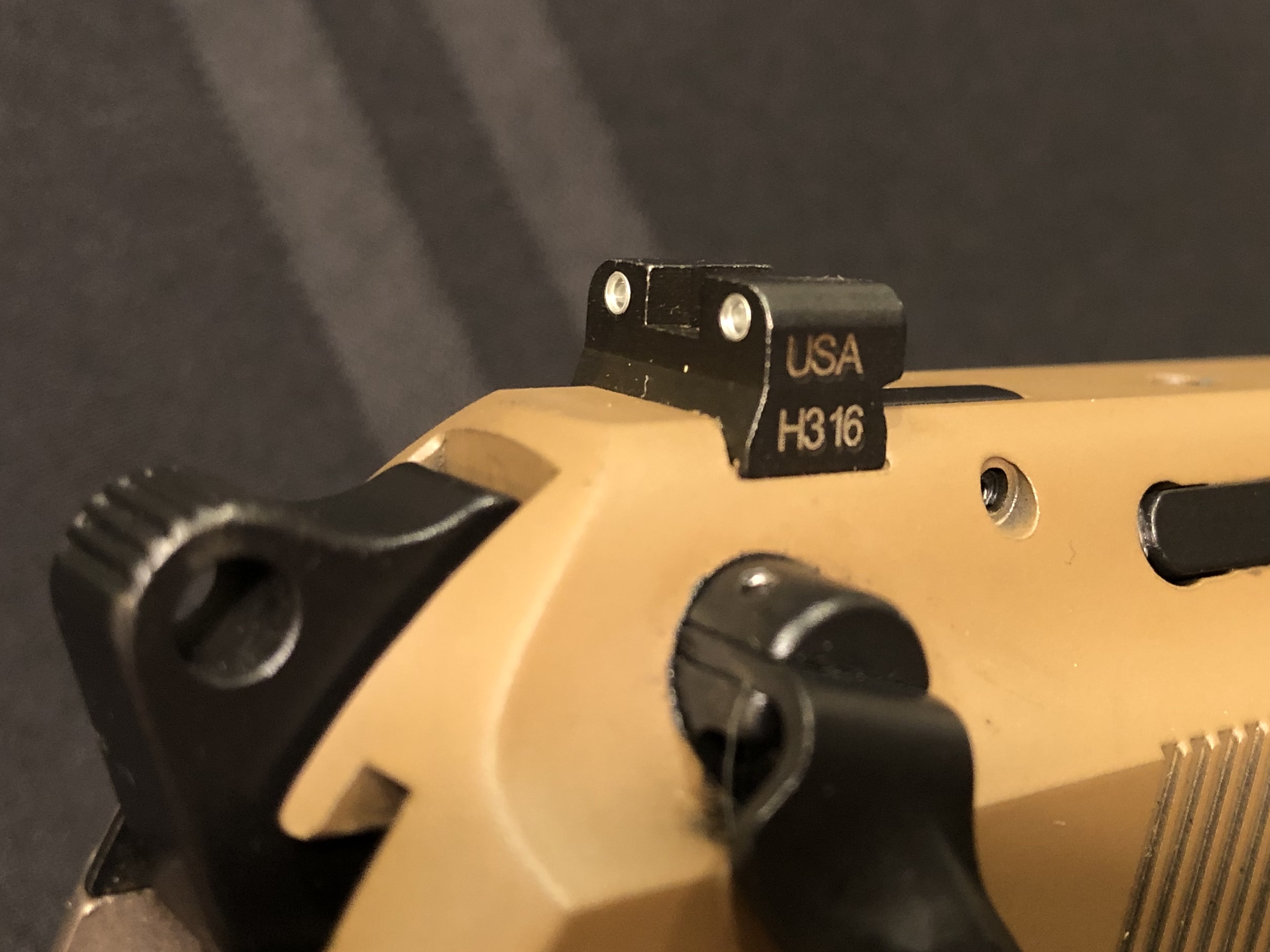 The M9a3 also has several other modifications that bring it into the 21st century: 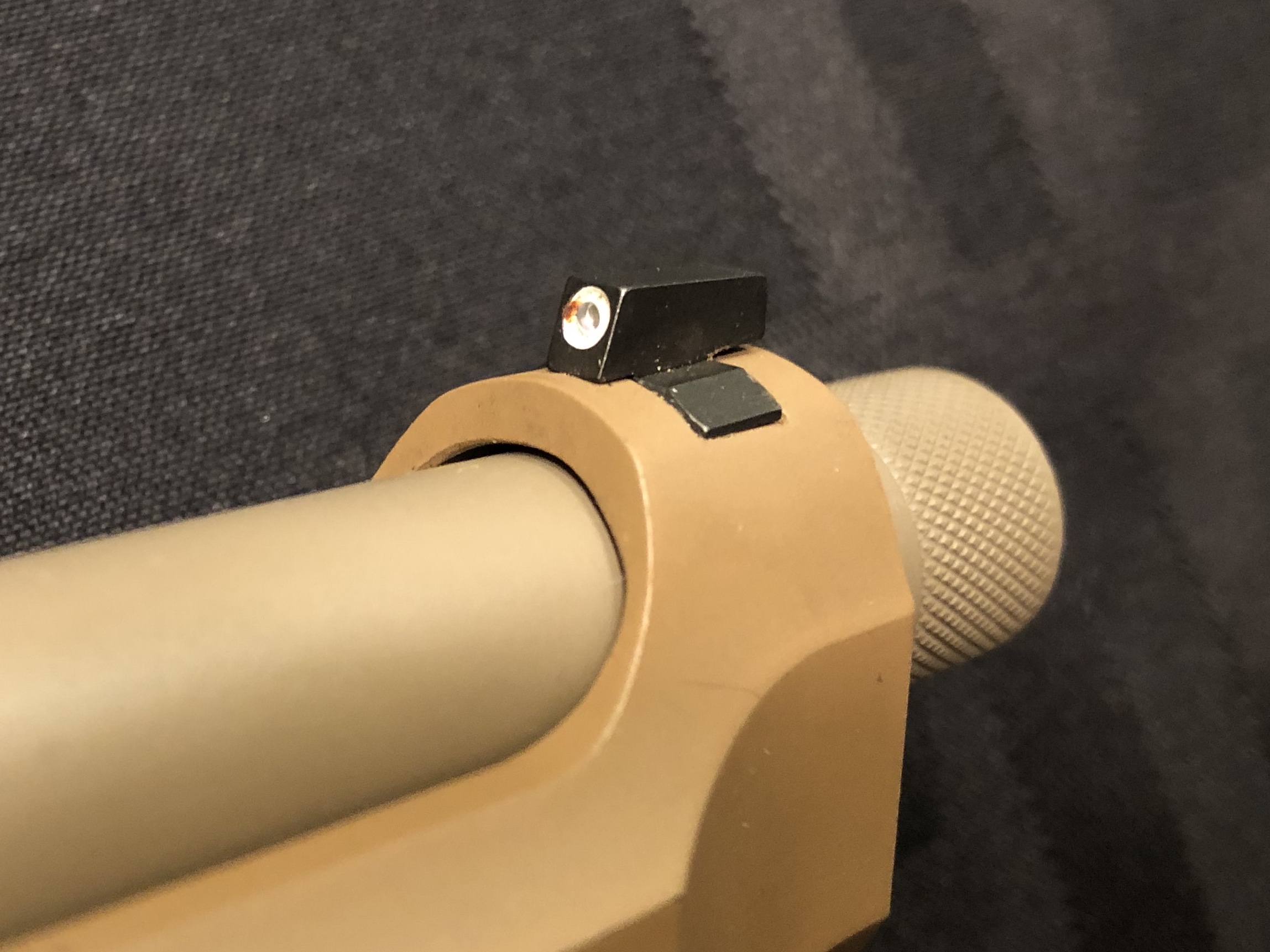 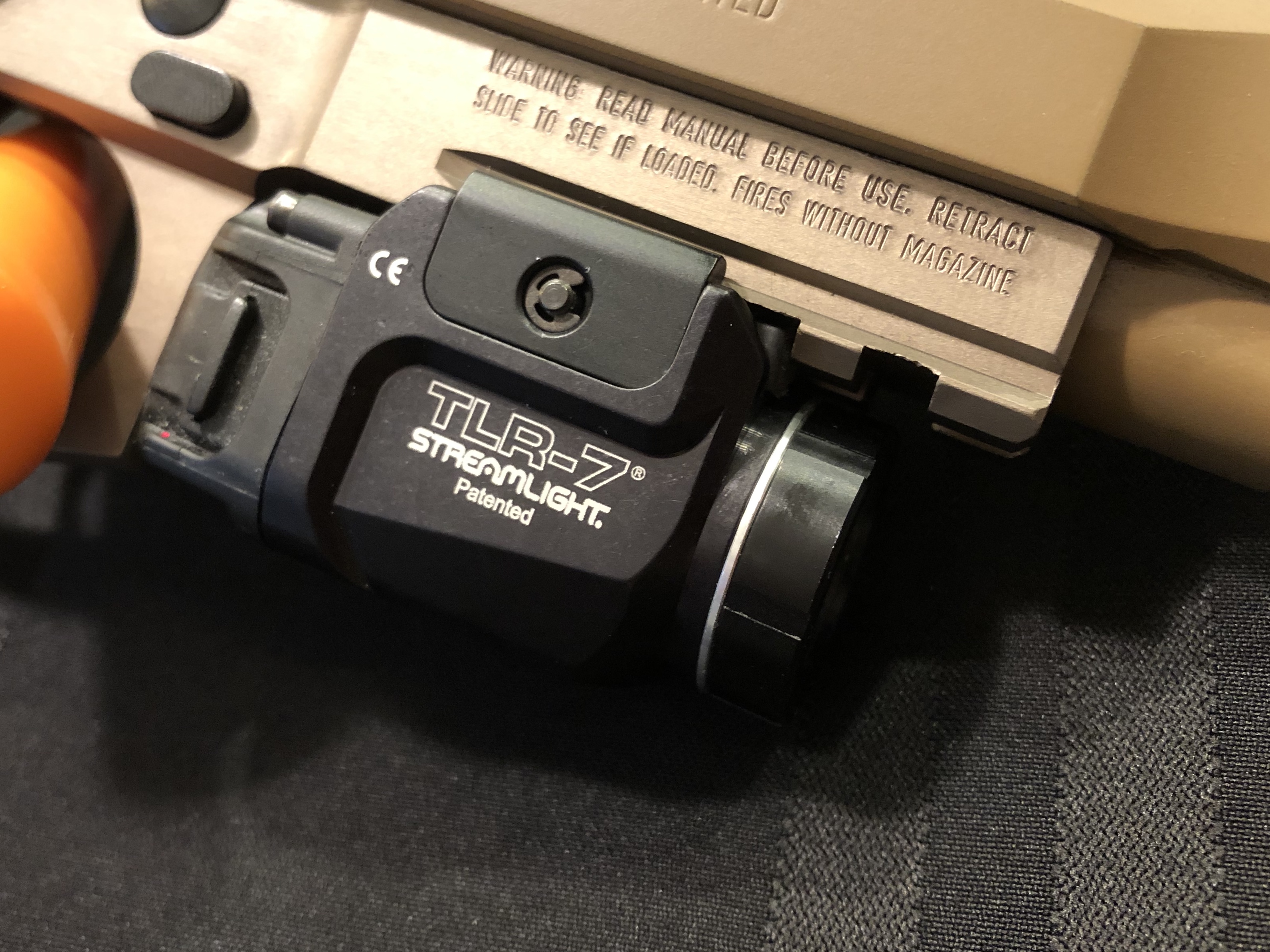 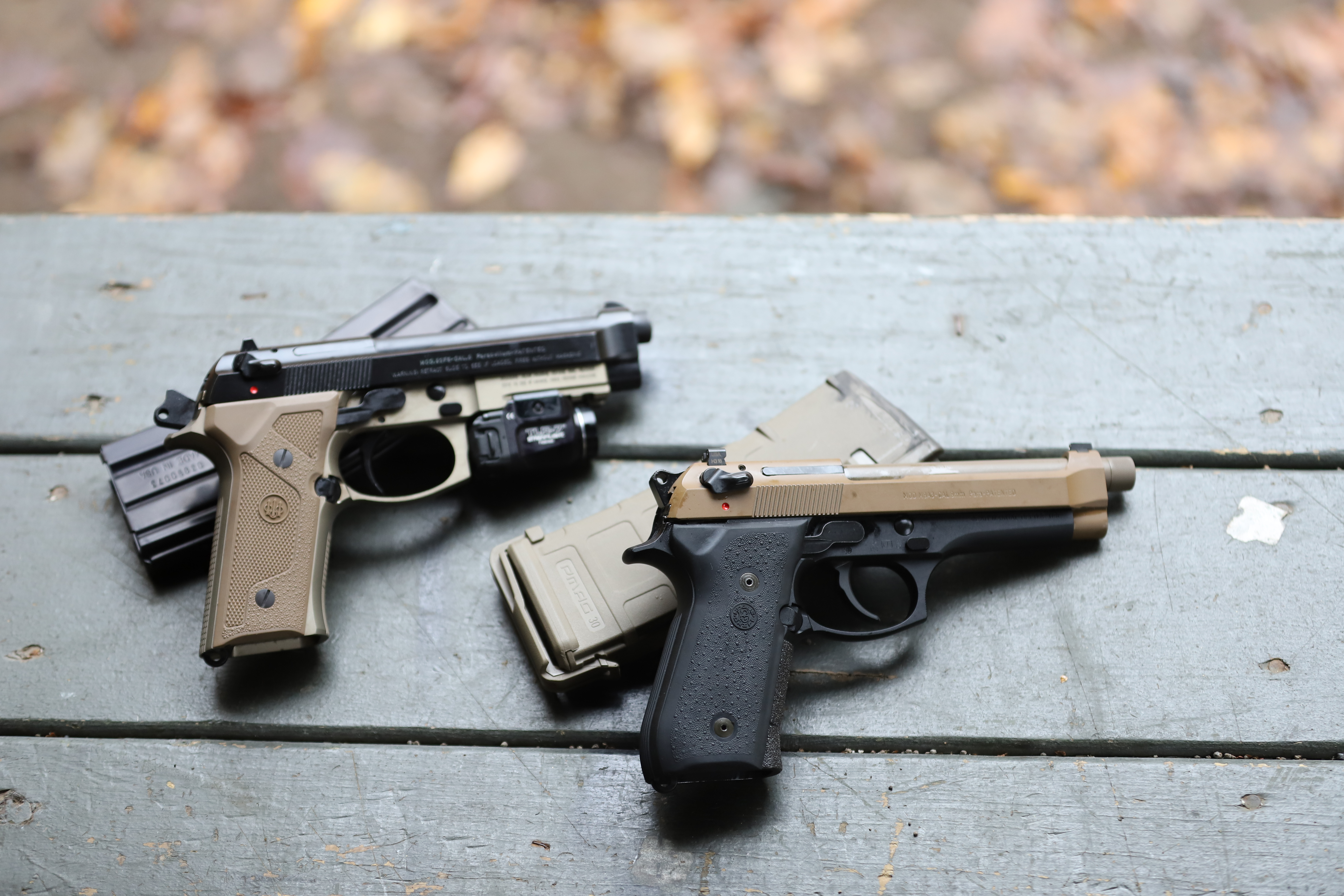 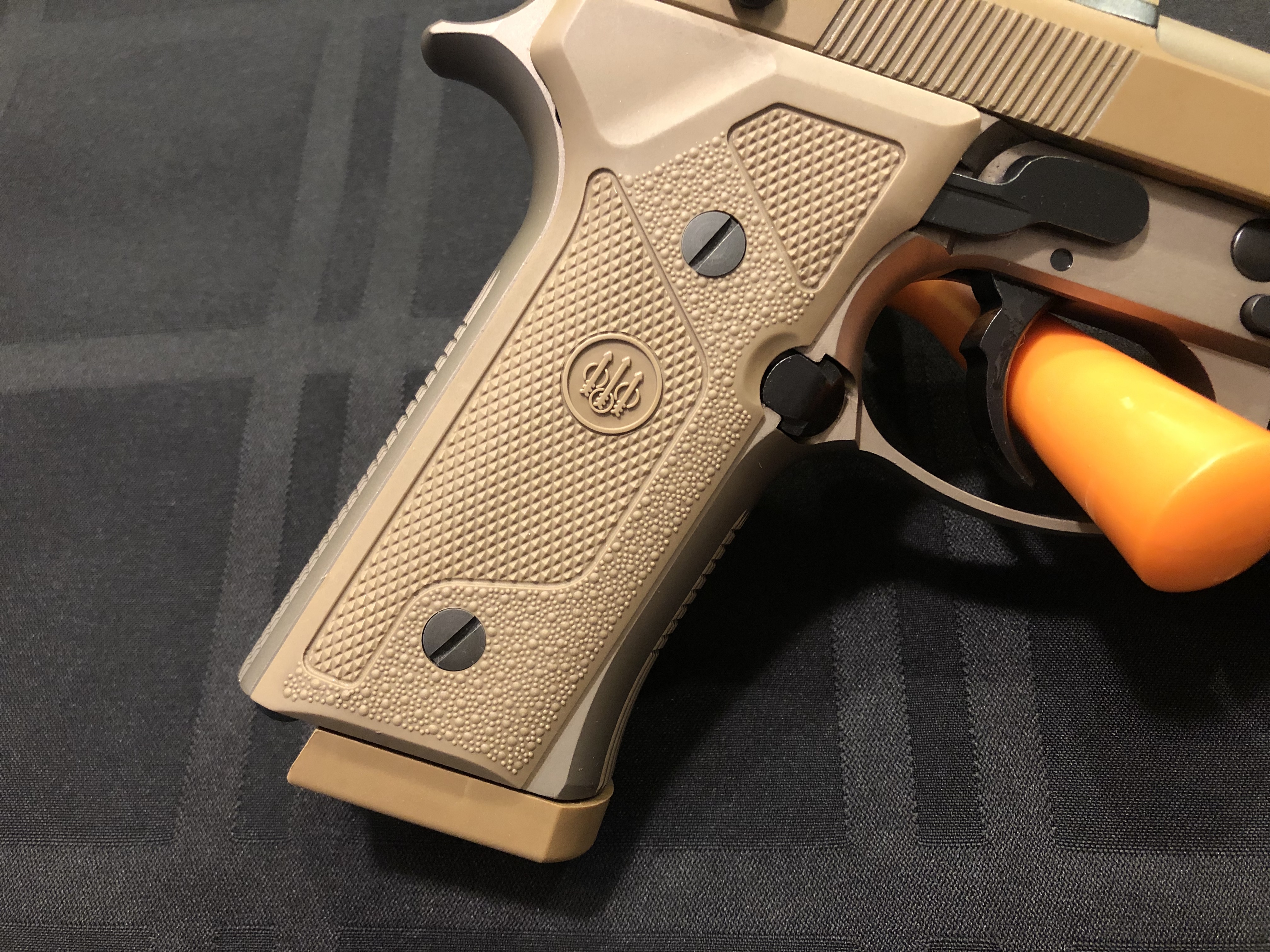 SHOOTING SUPPRESSED:  There is a pro and con to shooting any variant of the M9 suppressed - with the pro outweighing the con in my opinion.  The pro is that the Beretta uses a fairly rare ‘falling locking block’ design, rather than the Browning-type tilting barrel design you’ll find on most modern pistols like the Glock, Sig p320, 1911, CZs, M&Ps, and many others.  This ‘falling locking block’ design keeps the barrel straight throughout the cycle of operation, and as such means that a booster/Nielsen device is not needed on a suppressor when firing the M9a3 suppressed - as the suppressor does not need to be uncoupled from the gun at the moment of firing to reliably cycle the action like it does on a tilting barrel pistol.  Thus, the Beretta is a very reliable pistol when shot suppressed.

The con, which is due to the open slide design of the Beretta - is that, when suppressed, I found the M9a3 likes to spit tiny specs of burning powder and got gases back at the shooter’s face.  A suppressor creates back-pressure, and when the bullet leaves the barrel and enters the suppressor, some of the burning powder and gas that would normally flow straight out the front of an unsuppressed gun - tends to backflow into the barrel.  On a normal pistol these tiny burning things are just trapped by the slide, with only a small ejection port to escape out of.  But, since the entire top of the slide is missing on an M9, they go anywhere they want, including back into your face.  So, just be sure you’re wearing eye protection, in general, but especially when shooting the M9a3 suppressed.

The M9a3 is a beautiful pistol.  It’s a battle proven and extremely reliable and accurate design, and with a little more training and break-in will soon become my go-to home defense pistol.  From the battlefields of Iraq, Somalia, and Afghanistan, to the big screen in Lethal Weapon and Die Hard - the M9/92-series series pistol has a long and cherished history with we Americans. It still has plenty of advocates and fans (including me now), and will thankfully live on in the US civilian market.

But while I’m glad Beretta made the M9a3, and glad I rediscovered the M9 and grown to love it, I’ll admit it’s probably best that it’s nearing the the end of its road in US military history.  It’s heavier than a sidearm needs to be, and weight is a big deal for a soldier. And, it makes sense that the US military would want to consolidate it’s full-size and compact pistol inventory into a single design with interchangeable parts - which the p320 does quite well.

So, whether you’re looking for a dedicated home defense pistol you could trust your life to, or just want the swan song of a classic piece of US military armament, I couldn’t recommend the Beretta M9a3 more highly.