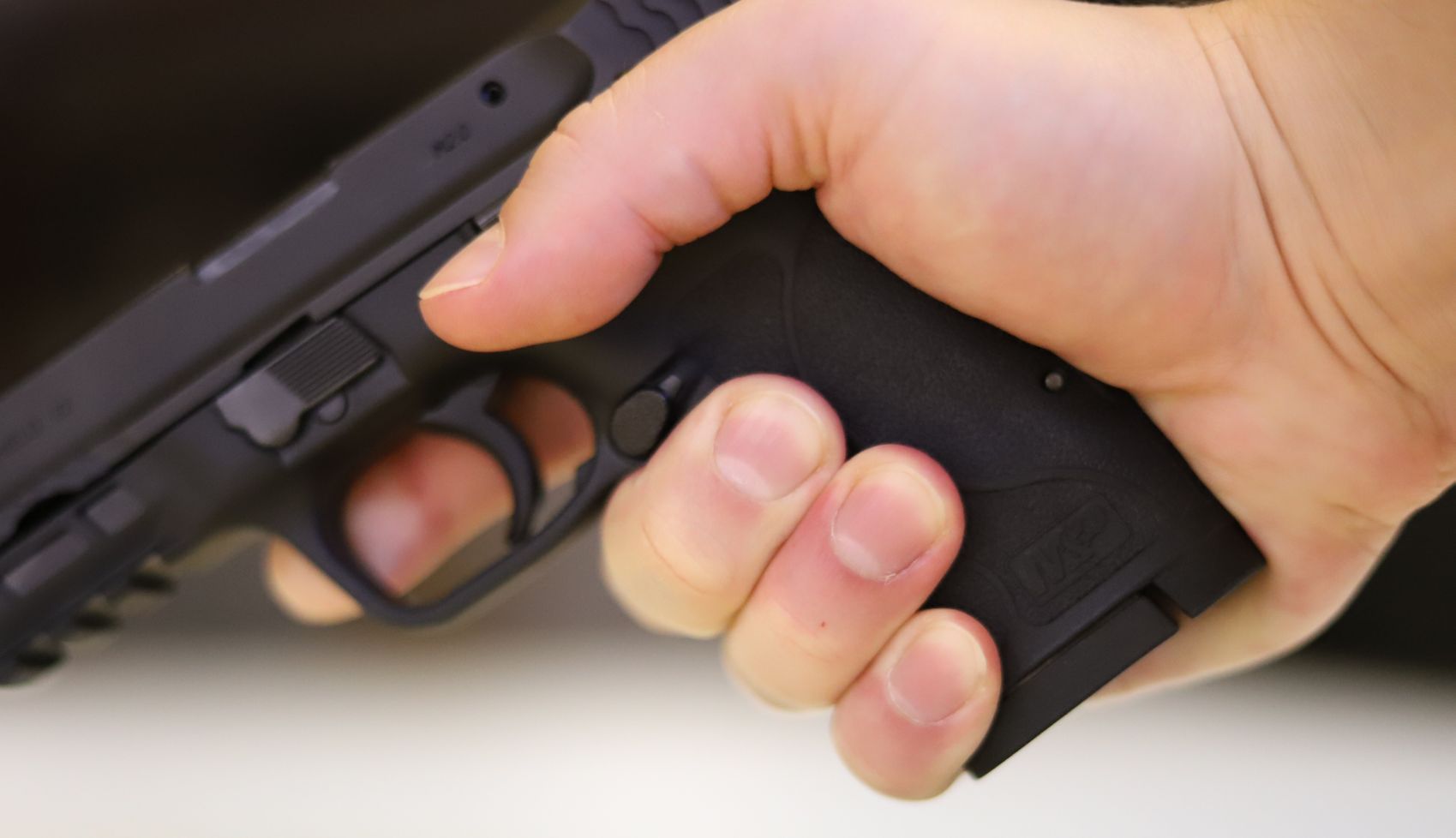 The 380 EZ is a relatively new firearm.  It is larger than a lot of recently released .380s and the slide is much easier to manipulate.  Kel-Tec released the P3AT in 2003, which created the modern pocket .380 craze.  The round has increased in popularity drastically in the past 15 years with many manufacturers contributing to the resurgence of the round in self defense weapons, even if many consider it a back-up firearm.

One of the fastest growing segments in the firearms industry, if not the fastest, is the female shooting market.  There are many factors that contribute to market demands, and the 8 year buying frenzy that happened while Obama was in office led to many people making purchases with less than the usual amount of pre-purchase scrutiny.  Some might even say there was a lot of panic buying occurring.  As women entered the market and began to shoot more, the market realized that women do not have the same grip strength that men have.  Some men don't either, but they're reluctant to admit it, and are more likely to try alternative methods (like attaching skate-board tape to the slide) to avoid having to talk about their difficulties manipulating the slide.  Women tend to be more honest about such things as they are less prone to exhibit this bravado. 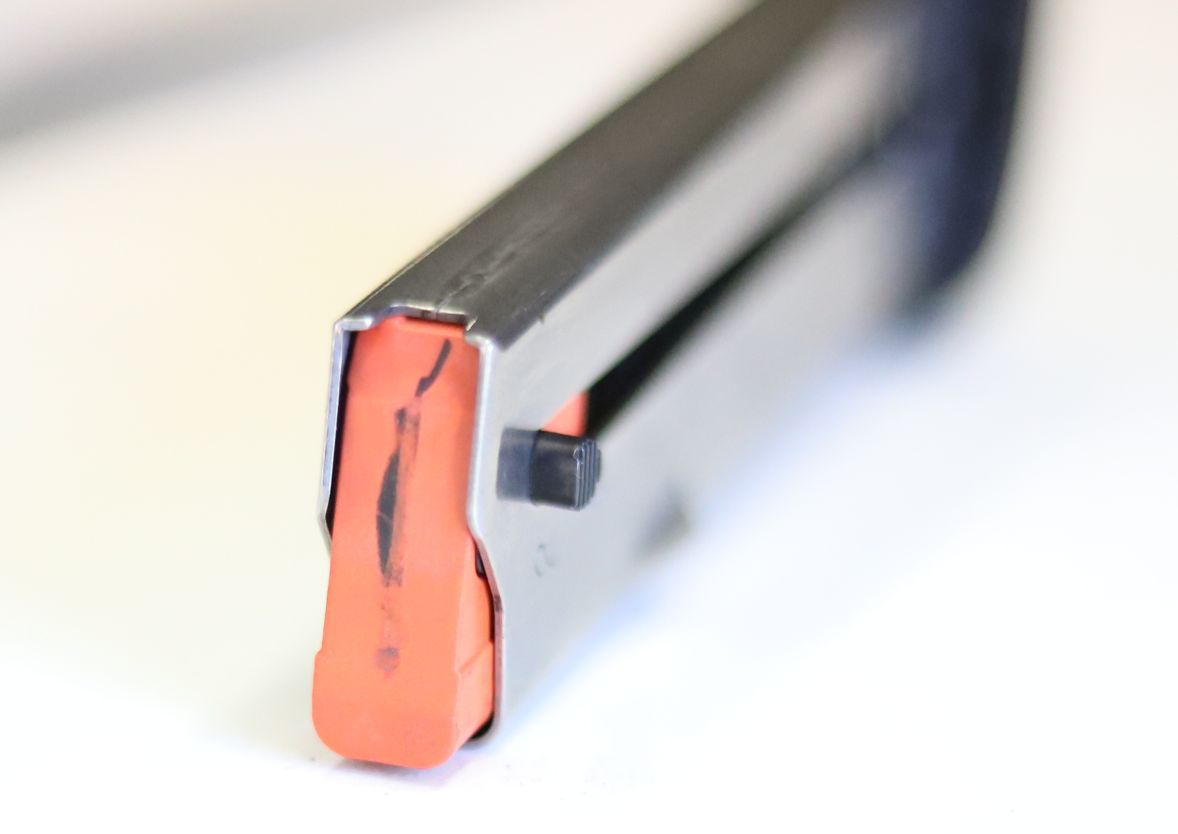 Enter the 380 Shield EZ, the recoil spring is not as stiff as smaller/shorter .380s, the magazine has a helper on the sides of the follower that you can pull down, making the magazine much easier to reload.  The size is a bit larger than other .380s and the grip a bit longer.  It allows you to have your trigger finger free, and all 3 remaining fingers firmly on the grip below the trigger guard.  It has both a grip safety and a manual thumb-operated safety, somewhat like a 1911, although quite different in their appearance and below the surface function.  Unlike the 1911, the thumb-safety can be activated even after you have dry-fired the firearm.  Also, you can manipulate the slide, even chambering a round, while the thumb-safety is set to safe, also not possible on a 1911.  The slide serrations are more aggressive than most .380s and the rear of the slide is flared, stopping your fingers from sliding off of the rear of the slide when yanking on it.  Another addition is the sights, which are larger and more visible than most .380s have been in recent years. 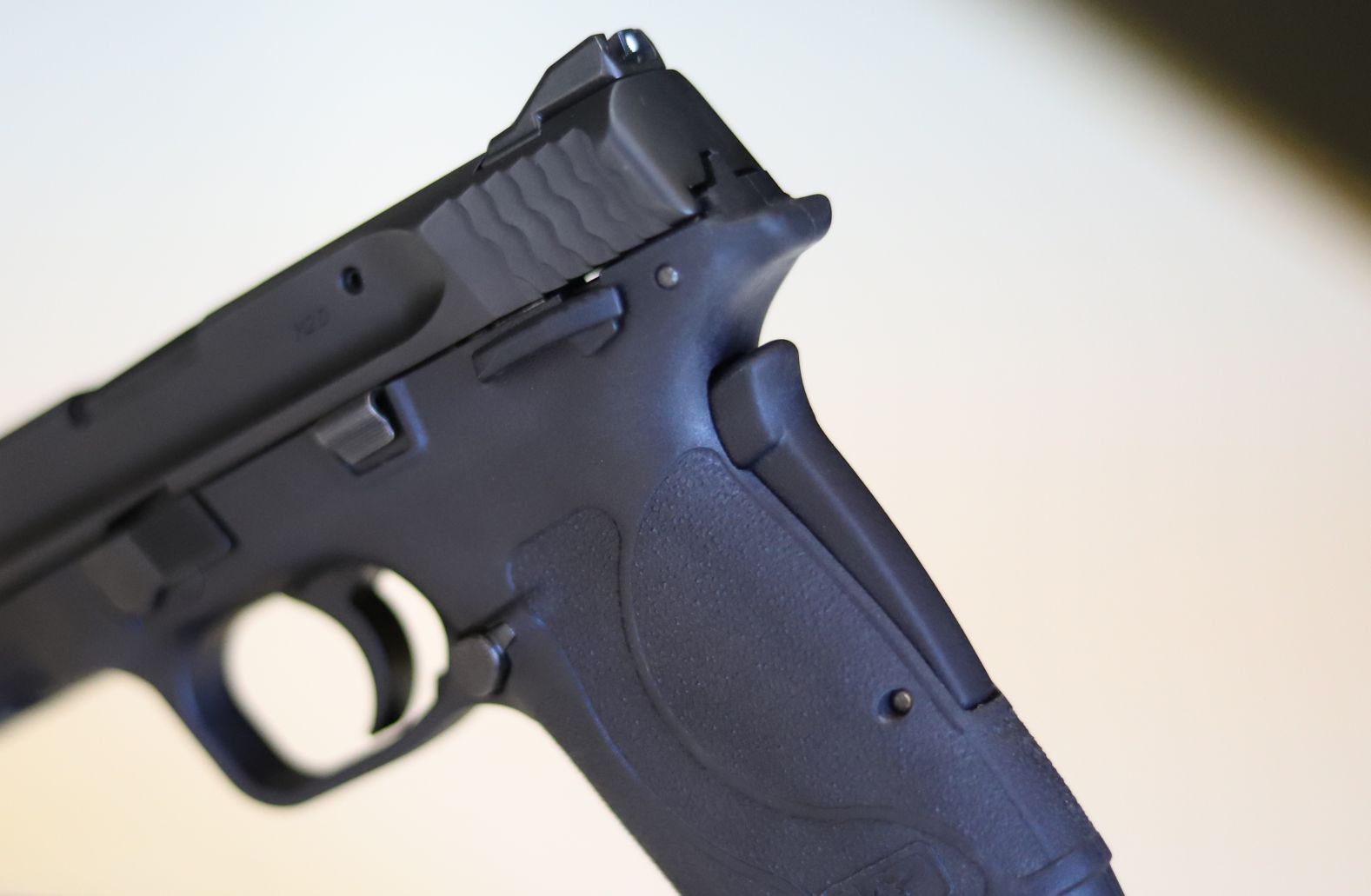 So the 380 Shield EZ seeks to fill a hole in the market, a hole that may not exist in your personal arsenal, but that likely exists for someone you know.  It has the safety features you've come to know over the past few decades, and thus make it easy for teaching new shooters how the firearm works, and how a grip safety and a manual safety work.  It also has an accessory rail in front of the trigger guard so you can help new shooters learn to use accessories while enjoying the lighter recoil of the .380 round.

We are truly blessed to live in a day and age where we are so spoiled for choice when it comes to purchasing firearms.  Somewhat like the 360PD I wrote about in a recent article, the 380 Shield EZ fills a void not so much for people that need it, but for people that want it.  The 360PD is an example of un-bridled overkill with a very powerful round in an extremely light package, with almost no safety features.  It embodies minimalism and overkill at the same time.  The EZ packs a modest round with many safety features, and even an accessory rail.  It does the opposite, gives the shooter more control, more tangible safety features, and adds some size and weight to make it easier to hold and fire.

You may not personally see a need to own or carry this firearm, but it is a great pistol for teaching beginners the basics and helping them to overcome some of the most intimidating problems that most new shooters have, particularly with .380s.  The $399.00 MSRP makes it quite a bargain too.  Think of it like your bolt-action .22 rifle.  You don't use it all the time, but it is invaluable for teaching new shooters, and you'll never get rid of it.


nascar991 commented on 12/26/2019 11:21 PM
I purchased the 380 Ez performance model on Gb at a penny auction for $340 I think for the money it is a Great deal..and to be completely honest there are some differences..the performance model comes with nite sights, fluted receiver and a different grip..plus an enhanced trigger..Gold barrel and trigger..very impressed when compared to higher priced makes..
bahs11 commented on 11/27/2018 8:29 PM
Enjoyed your Review of the 380 EZ Shield very much. This could be an ideal handgun for my adult daughter-Will be looking at 1 soon !
Bryan D Sharp Sr commented on 11/12/2018 3:07 PM
Very thankful for coming across the 380ez, I'm a firearms instructor and my lady students, along with my senior's love the load assist magazines and the very easy slide, I bought one just for that reason, I found that women shooters have proudly converted from revolvers, because of the 380ez, and for myself I couldn't be happier with my purchase, Thank you, sincerely Bryan D Sharp Sr NRA certified pistol instructor
Latest Video