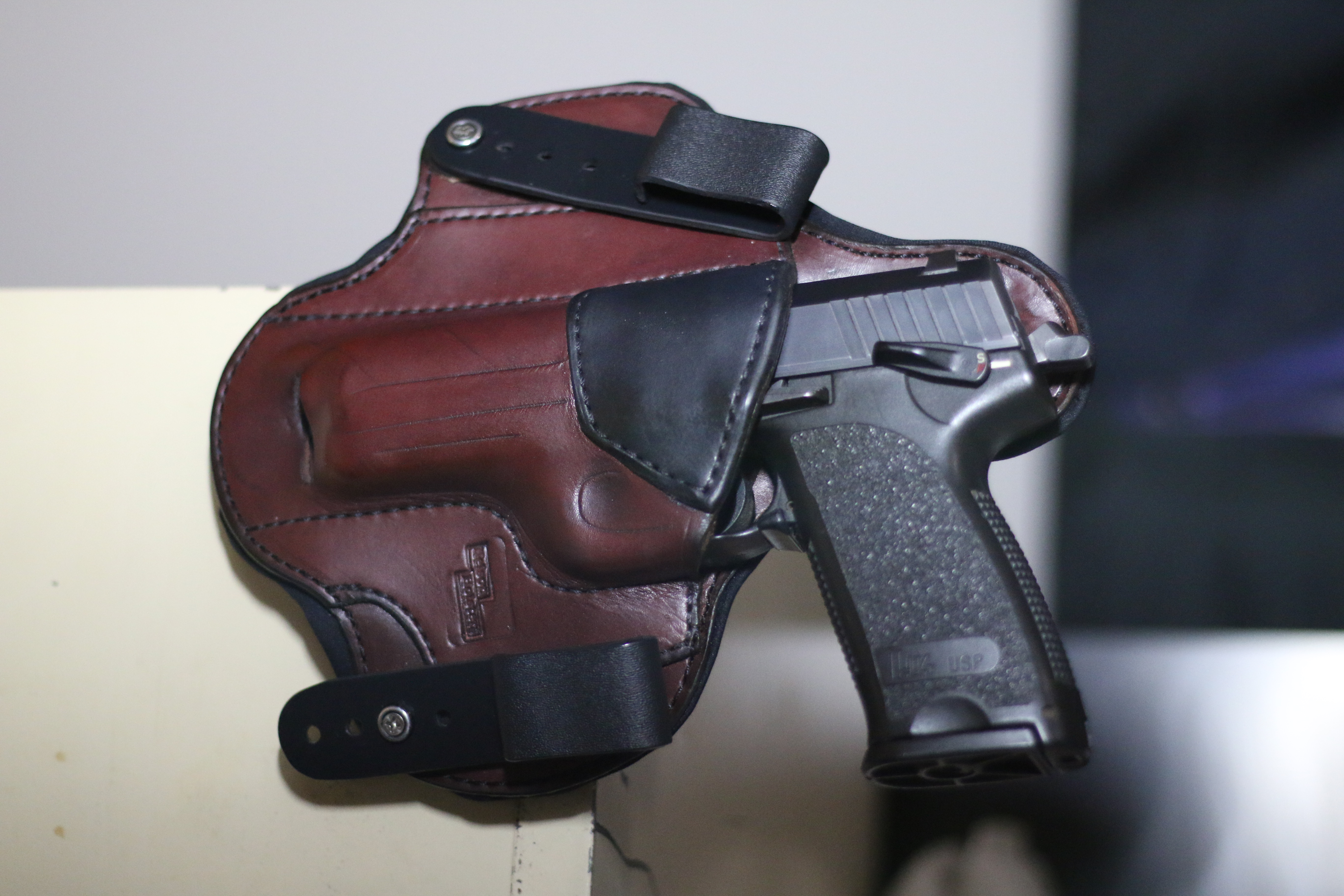 Hand made is a term used to describe a lot of things, and in my experience some of them are worthless. Others however, are special. Ferrari does not make the fastest cars, but from the moment you get in one, it’s different. It just feels like everything in it was purposely assembled to give a driving experience that you can’t get anywhere else, even in a faster car. James Nelson hand makes his holsters, and they too are special. Done the old fashioned way, built to order, and backed by exceptionally personal customer service from Nelson himself. His holsters are full leather with an extra layer of neoprene on the back to keep them comfy all year round. I ordered an example of the Dakota Defender, a tuckable IWB that was formerly made by another company. Nelson liked the design so much that he asked for permission to make it himself. I chose this holster as it is tuckable and there are enough occasions where I need to tuck a shirt in that it warranted it. Nelson informed me however, that this is not the most comfortable holster he makes, and I’ll be acquiring another one to see if he’s right. This holster is Comfortable. Carrying something the size of the USP45 is not the easiest of tasks, especially to conceal well and still not feel like you have a brick on your hip. The Dakota Defender did it with ease, spreading the weight out, remaining snagless on my clothes, and feeling as though the gun I was packing was much lighter and smaller than it is. 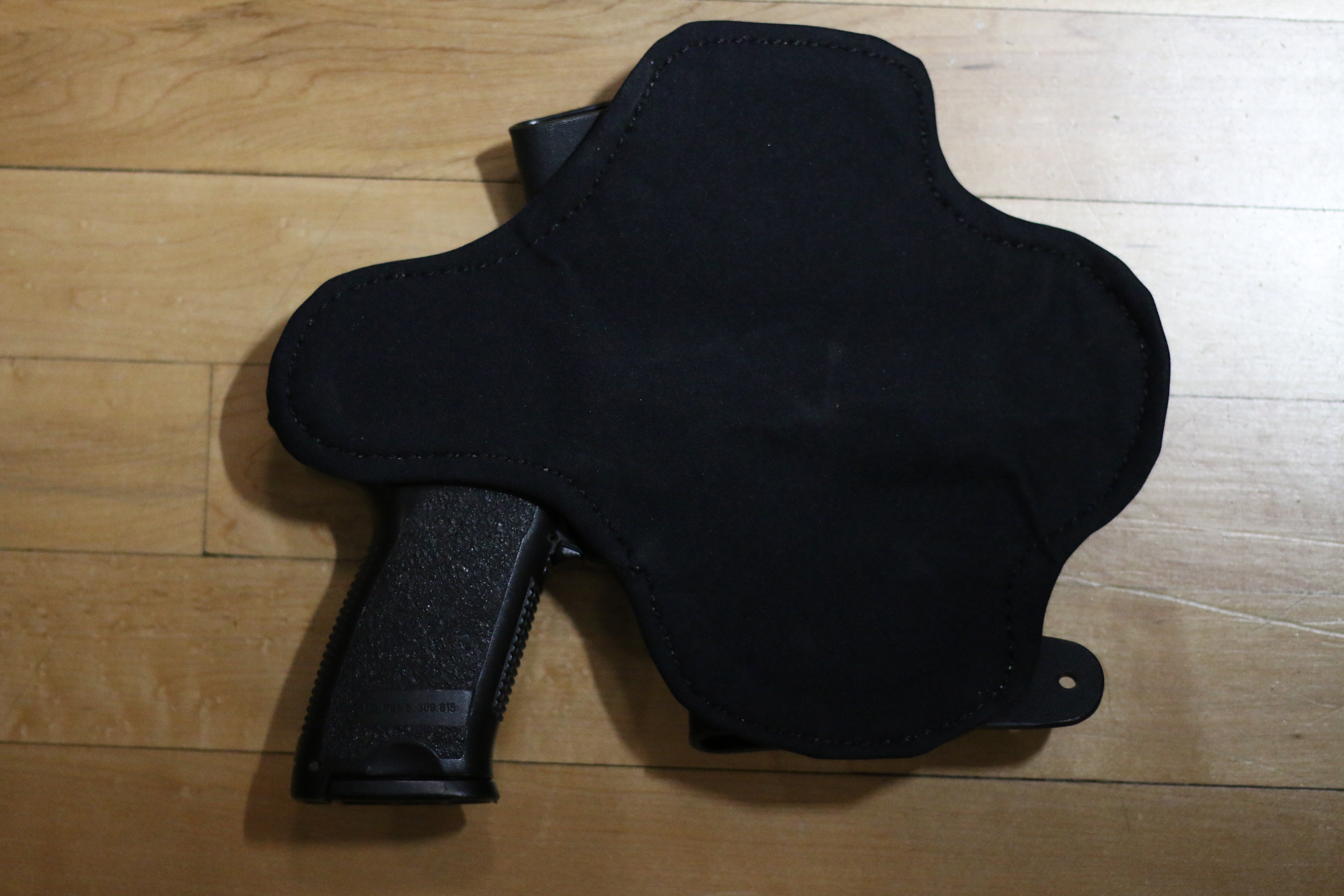 Now when I say this holster is hand made, I do mean hand made. This holster comes very tightly fitted to the gun. The USP would actually not go all the way in for a few days without some good force, and it did not draw easily either. In case you are used to kydex, this is part of normal break in for a high quality leather holster:  It’s not something to be worried about, and is actually a pretty good sign that this holster will not wear out in the foreseeable future. Some holster makers produce their product to be “good to go” on day one, and I really don’t mind that. However, over time, leather contours to your body and stretches out a bit, so when a holster comes fitting properly out of the gate instead of tight, it will wear out faster. This is a moot point to many, but since I do not often swap holsters for the big HK, I’m rather glad it came tight. After a few days of break in, it’s worn in just enough for carry, and I suspect this holster will easily see the ten year mark if not twenty. The neoprene on the back of this full leather holster is a stellar touch. Despite several major manufacturers offering this now, Nelson was the first to use the idea. This feature of his makes it possible to wear a very large piece of leather without finding sweat acne all over your thigh after a couple days  Nelson is a small operation with a huge focus on quality and customer satisfaction. He offers holsters for hundreds of pistols. Don’t see yours on the website? James has over 300 molds not listed as he's too busy making holsters! He can also order a mold for you if you do find one that he doesn’t have. You have all the standard options to choose from in regards to configuration, and James does not shy away from custom work either if you have something in mind. 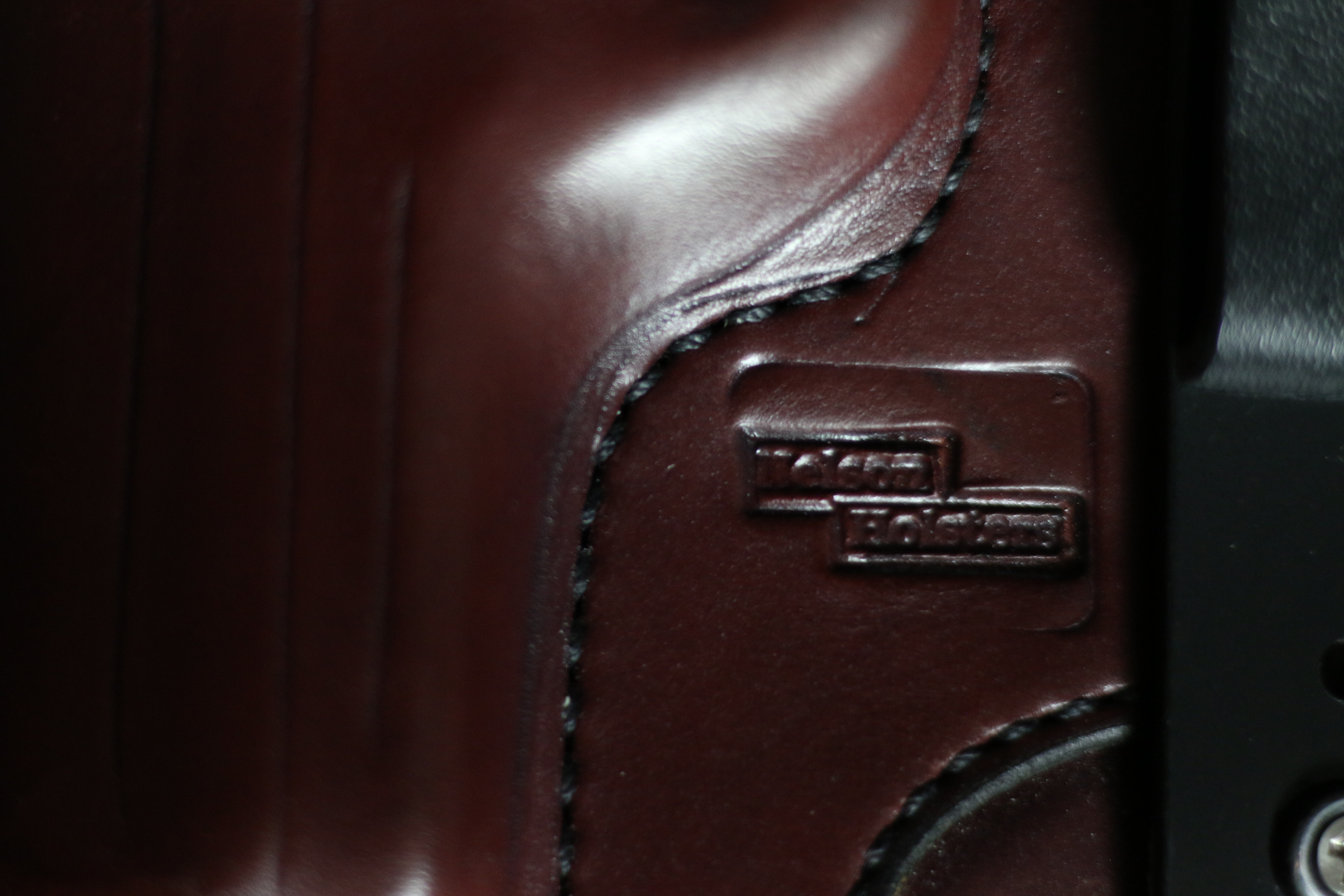 Not many craftsmen like this are left. The personal touch is a dying aspect of any industry, and I did not expect to get such service. Nor did I expect to get a holster as special as this. I would most highly recommend Nelson Leather to anyone looking for a top tier, highly efficient holster of peerless quality. Go pay James a visit at: http://www.nelsonholsters.com/