Upgrade Account
We are experiencing a high volume of emails at this time, please be patient as we are working through all the requests and will try to get to them in a timely fashion. Also, we are not accepting new accounts at this time. Thank you for your interest, please check back soon.
Holosun HE515CM-GR Elite: Review
created: 6/3/2020 6:16 PM in GEAR 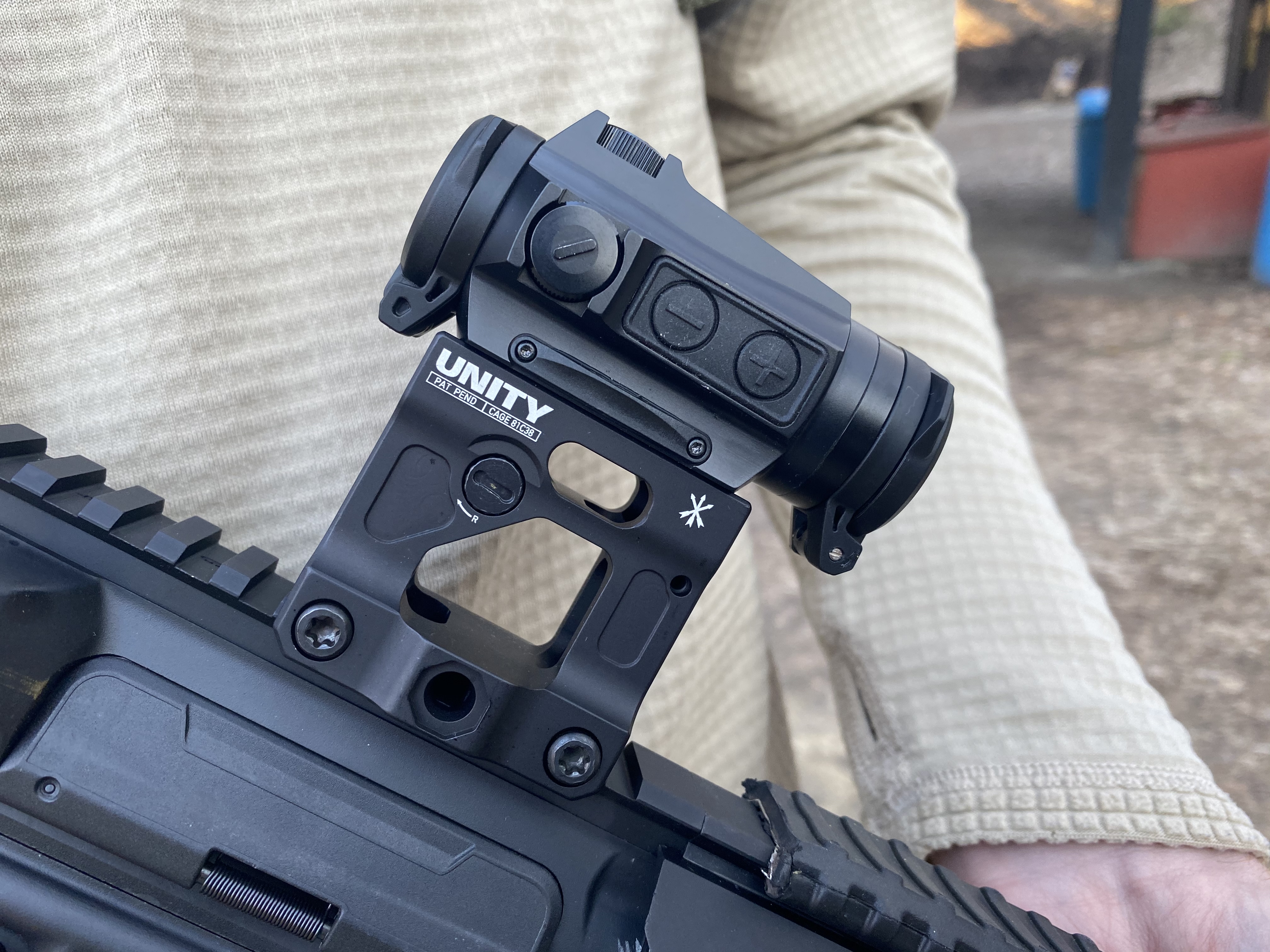 In the world of budget-friendly red dot optics, there are few companies that match the level of innovation, quality, and variety that Holosun has achieved in recent years.  From their HS510c reflex site (which looks like a cross between an EoTech and an RMR), to their new HS509 enclosed pistol reflex site, to their wide line of Aimpoint micro-like red dots - Holosun has made a name for themselves as an industry leader in affordable and reliable electro-optics.

I reached out to Optics Planet recently to inquire about a Holosun optic that had recently caught my attention, as I was looking for a more affordable Aimpoint T2-like micro dot that would work atop another great product I’d picked up recently - the Unity Tactical FAST mount.  The optic I decided on was the Holosun HE515CM-GR Elite

First though, a quick overview of the 515 models’ various designations.

First letter “C” designates the models with a solar panel, side brightness buttons, and battery tray

First letter “G” designates the models with no solar panel, top brightness buttons, and battery container on the side

Second letter “M” designates the models with an aluminum housing

Second letter “T” designates the models with a titanium housing

The Holosun 515-series optics are marketed as being “Military Grade” optics - which is a designation given to them over the more lower priced Holosun models for the following reasons:


All said, the 515s have a higher build quality and are just generally built to survive more abuse than lower-end red dots. Whether they would hold up to the same amount of abuse an Aimpoint could take is unknown to me, but I feel confident they could stand up to an above average level of abuse. 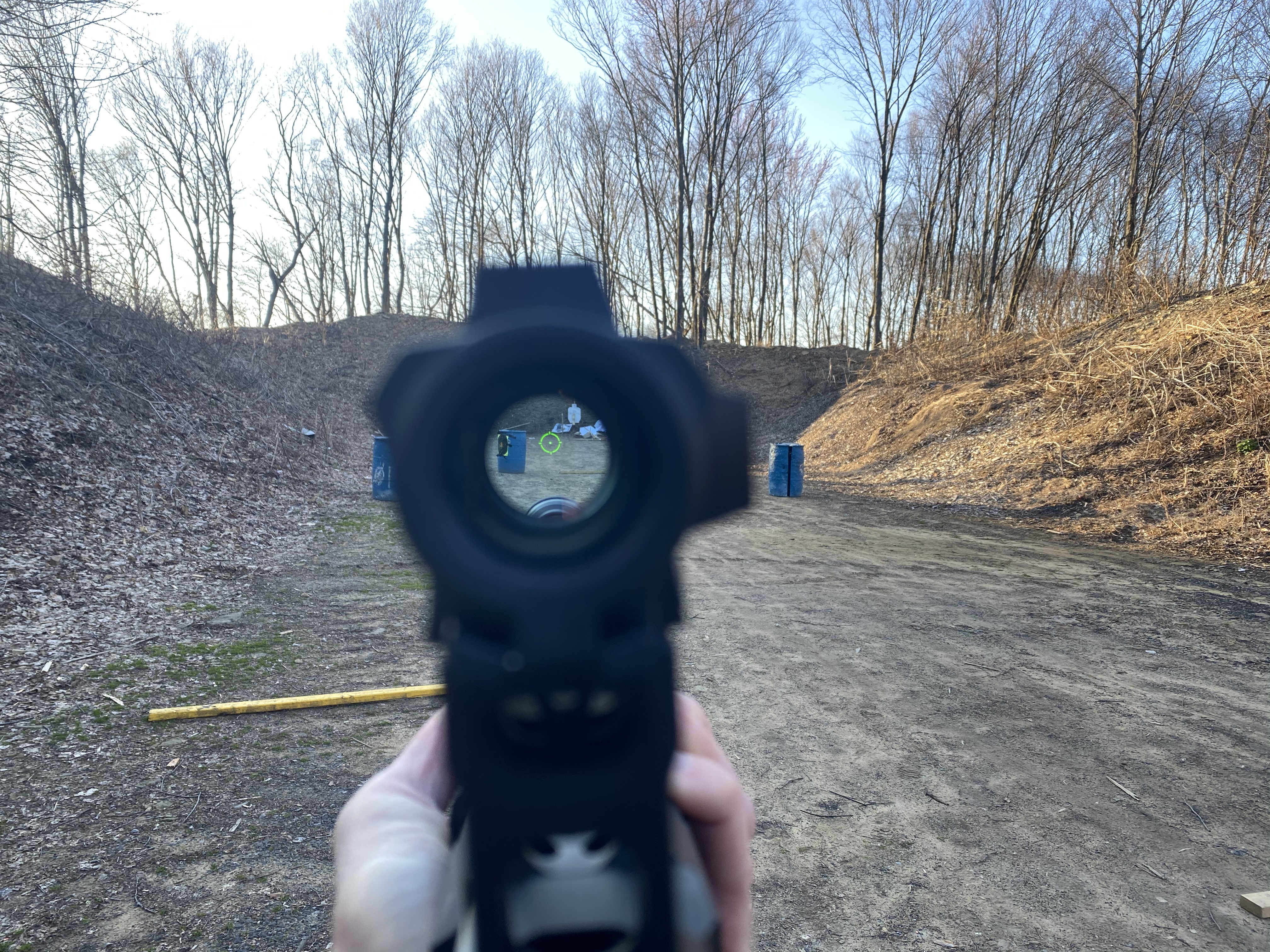 All said I’ve been extremely impressed with the HE515CM-GR Elite in the time I’ve had it.  The glass is crystal clear, and has no color distortions. It comes with see-thru flip lens covers (which are very good quality and add protection and functionality), as well as coming with a kill flash (which I omitted).  It’s held zero perfectly; I’ve found the green reticle is easier to pick up in daylight than a red one; it’s about as robust and well built as you can ask for; and all the features along with being half the price of a T2 make it worth it to me over the Aimpoint for the build I have it on.  That said, everything has it’s downsides, and the 515cm-gr is no exception.

Now, you might be saying “Thanks for the info, Rob, I’ll just go with the ‘G’ model 515s with the battery compartment on the side then, and avoid those issues.”  Unfortunately, even the ‘G’ models suffer from the increased height issue, even though they don’t have a battery underneath the unit, and thus no need to be higher than standard.  Why’s that?  My guess is that for production reasons Holosun didn’t want to have to machine two different bodies for the 515s, and decided to just make them the same for simplicity.  My recommendation (and if I were to do it again) would be to get the ‘G’ model to at least avoid the battery tray issue, which is much worse than having a slightly higher optic on a standard height mount.

All of these issues are really the result of one thing: Buttons.  Had Holosun used a brightness dial with the battery compartment built into the dial (similar to the Aimpoint), they could have avoided these issues, while still having the top solar panel - which is the more unique and practical feature of the Holosuns that set them apart from Aimpoints and other brands.

Lastly - to kick more sand in the face brightness buttons - I have found I really really dislike buttons.  They work on the RMR because they’re larger, impossible to miss (as they encompass the whole sides of the unit), and the (+) and (-) are on opposing sides instead of side by side like on the 515 (and, there’s no other option for an RMR).

If a solider bursts out of a dimly lit building onto a bright sunlit street he may find the need to quickly increase the brightness of the reticle on the optic, and with fine motor skills gone that is a challenge with the button set up on the 515.  It is too easy (even when not under duress) to miss the buttons, or hit the (-) button instead of the (+) when trying to change the brightness setting, given that you can’t see the buttons on the side of the unit from behind the gun, and it’s not easy to feel the difference, and is even more difficult with gloves on.  The dial system is simply a better design, and more suited on a ‘military grade’ optic. 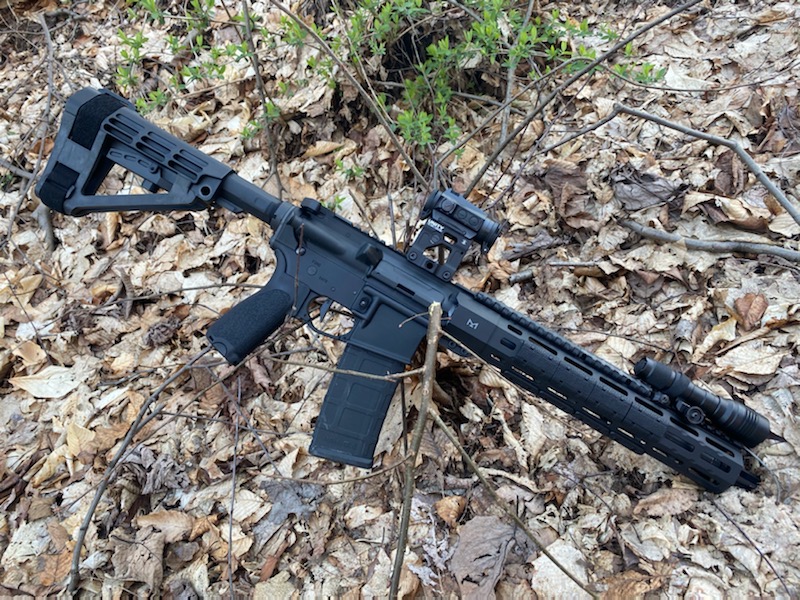 Buttons and battery trays aside, the Holosun 515 is an excellent optic, and well worth the price.  If you’re looking for the closest thing to an Aimpoint T2, but at half the price, any of the 515 models would serve you well - but again, I highly recommend getting the ‘G’ models over the ‘C’s.   If you’re in the market, check one out from our partners at Optics Planet and use code ARMSLIST for 5% off any order!