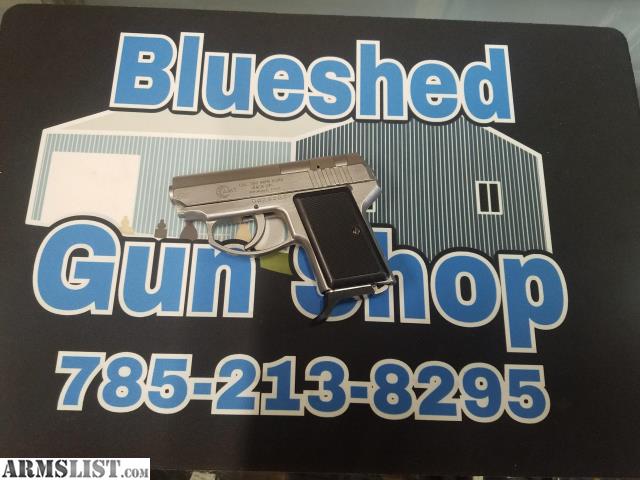 The AMT Backup is a small semiautomatic pistol. It was first manufactured by the Ordnance Manufacturing Corporation (OMC) of El Monte, CA. The first guns made in .380 ACP by OMC are known as the OMC Backup. OMC produced a short run of these pistols before the tooling was purchased by Arcadia Machine & Tool, who took over production. AMT .380 ACP Backup pistols were made by AMT in El Monte, Covina CA, and Irwindale, CA.

The original AMT Backup was produced with a single-action only (SAO) trigger mechanism, while the later "Small Frame" and "Large Frame" Backup used a double-action-only (DAO) mechanism. These pistols were manufactured by AMT and later Galena Industries (until November 2001).[1] SAO pistols were made with a manual safety, while DAO guns relied on their heavy trigger pull for safe handling

*Home of the $12 Transfer. Blueshed Gun Shop is a smaller gun shop and we try to stick to our hours of Wedensday , Thursday, Friday 11am-7pm. Please call (785)-213-8295 to schedule an appointment during our NON business hours. *

-BEFORE PULLING THE TRIGGER ON YOUR NEXT GUN, GIVE US A SHOT AT EARNING YOUR BUSINESS!-