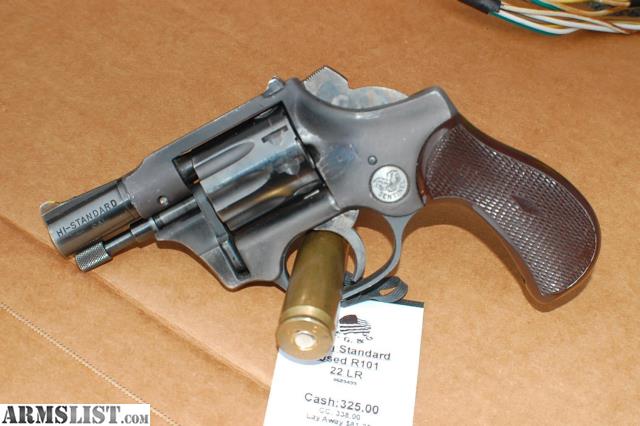 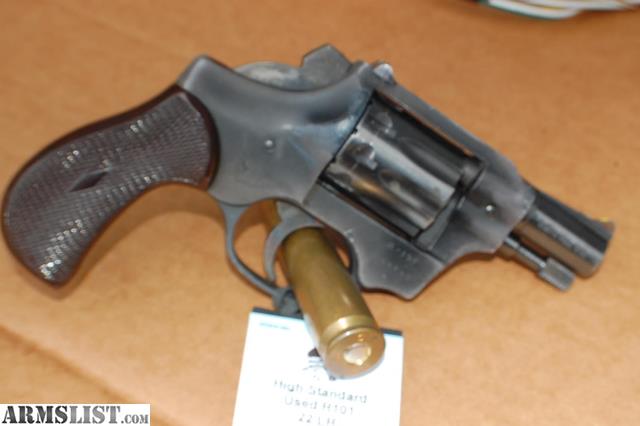 The Sentinel ModelR101 with Bobbed Hammer

Designed by Harry H. Sefried II the 9-shot Sentinel came about sometime in 1955. It was first introduced as the J. C. Higgins Model 88 by Sears Roebuck with a price tag of $37.50. Additional private label versions were produced for Western Auto and Col. Rex Applegate’s Mexican arms company, ARMAMEX.

it doesn’t appear to be a remarkable design. In fact, casting an eye on the black anodized, cast-aluminum frame of the 1956 era R-101 model Sentinel pictured here, it looks cheap. Cheap in price only. The devil is in the details.

Notice that there are no visible screws holding it together, just like a classic Mauser ’96 Broomhandle. Actually, there is one. It’s the screw securing the grip to the frame, but otherwise, the whole gun is held together by the single, visible hammer pin, securing the triggerguard, fire control system and grip to the main frame.

Notice the unusual cylinder ratchet Sefried designed. There are no conventional ratchet teeth in the early Sentinels. In their place are nine, recessed detents at the rear of the star extractor that are engaged by a conventional pawl. The rotation and alignment of the cylinder are precise, and by eliminating the conventional sharp teeth of the ratchet, wear is minimized in the innovative Sefried ratchet and pawl system, which extended life of the gun The grooved cylinder is counterbored to better support and encase the head of the rimfire cases. Since the hammer nose of the Sentinel is the firing pin, to prevent the hammer nose from striking the rear of the cylinder and possibly fracturing if dry fired, there is a relief groove milled at the 12 o’clock position on each chamber. The relief groove also serves as a positive channel for escaping gas should the case head rupture when struck by the hammer nose.

The cylinder crane locking mechanism is unique. It consists of a spring-loaded cylindrical shoulder on the cylinder ejector rod which is pulled tightly into a locking recess milled into the frame. To unlock the cylinder, you simply pull forward on the ejector rod and swing it out.

Thanks to GUNS Magazine for the above info.
Mechanically vg-exc, bluing shows age, this model did not have a return spring on the ejector, thus some scratching on left side of frame, grips Excellent.

Questions? Call and ask any questions you might have, our number is 541-971-5010. Shop hours by appointment Tue. - Sat. Please make sure that this is legal to own in your state before calling to order.. Pay Pal accepted for parts only.