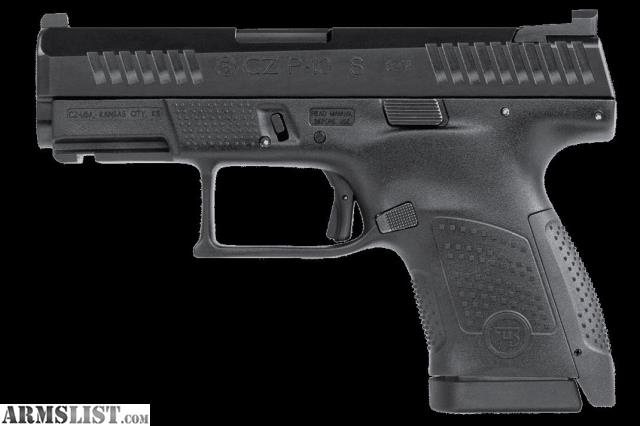 This is a NEW IN BOX item

The sub-compact variant in the P-10 line, the S holds 12+1 in 9mm while being small and light for comfortable everyday carry. With a bevy of stand-out features that have made the P-10 line a success, the P-10 S has a crisp trigger, superior ergonomics and rugged reliability that set it apart from many in the striker-fired crowd.

After several years of hard work, production of CZ pistols is in full swing at our Kansas City headquarters. For sights, US-made P-10s feature a single tritium lamp in the front with a large orange surround and a serrated black rear.