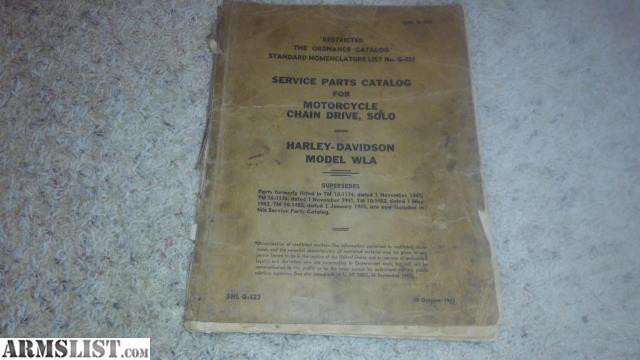 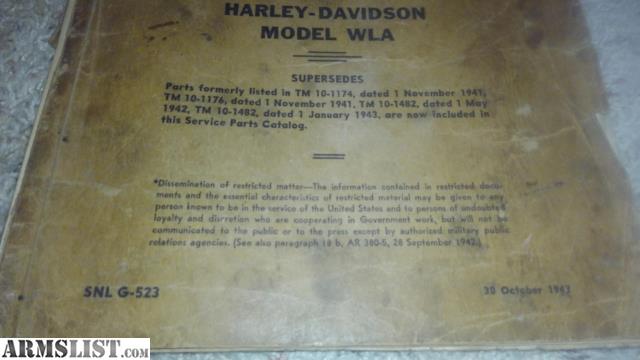 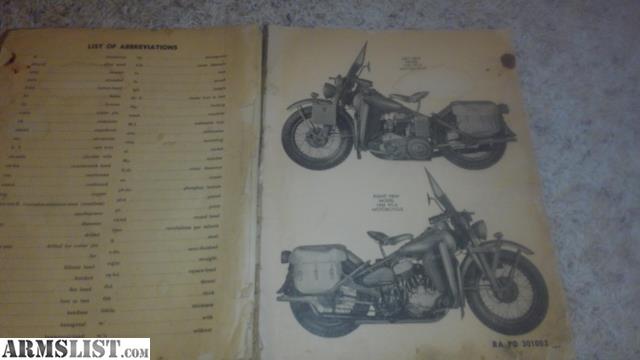 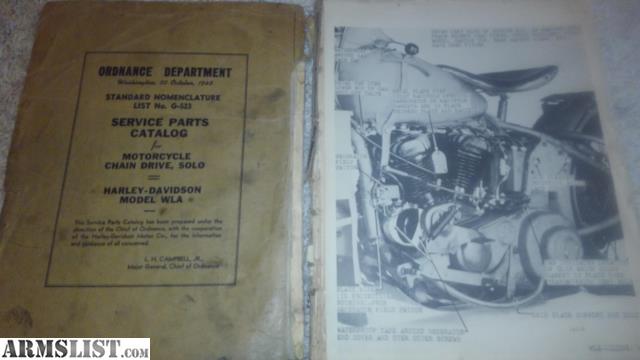 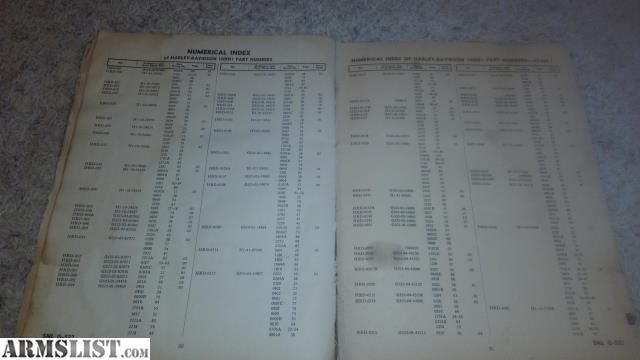 For sale;
Original service parts catalog for motorcycle , solo. Harley Davidson , model WLA.
30 october 1943.
During WW II, Harley Davidson WLA was Land lease to Russian Army, and this catalog was sent to Russia too.
And now it,s back.
I use to own 2 of this bikes and restore many of them.
This parts catalog was very helpful.
300$
Call only 720 27 six six six 97
Thank you.
Collectible, rare, military, memorabilia , wla42, GI,
trades possible; saiga, vepr, arsenal, rpk, cz, fn, ak, swd,..