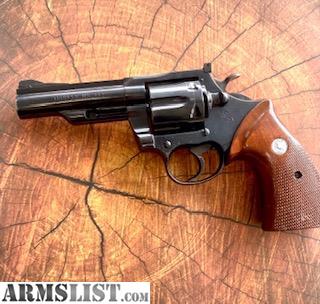 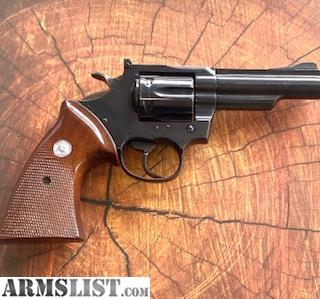 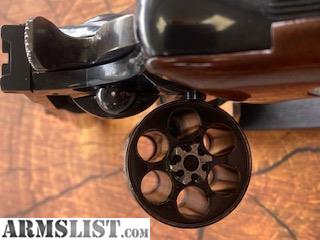 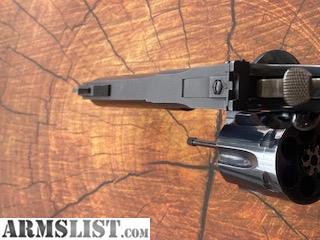 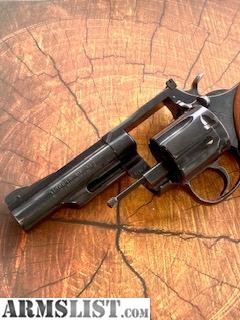 In on consignment we have a 1973 Colt Trooper MKIII chambered in .357magnum! The consigner is asking $1,100.00 for this dicontinued piece of firearm history!!

In the late 1960s, Colt began to be concerned with a decline in its market share because of price increases brought about by the high labor costs inherent in its manufacturing processes. In response, an entirely new product line of revolvers dubbed the MK III series debuted in 1969. Intended to be the first major advancement of Colt's designs since the beginning of the 20th century, the MK IIIs used a new ‘J’ frame and had no parts interchangeability with older models. The new revolvers employed transfer-bar lockwork system, so that the revolver could fire only if the trigger was deliberately pulled completely to the rear. The springs used in the Mark III internals were also an improvement. Unlike the older flat style, they were coiled and made entirely of corrosion-resistant stainless steelThe .357 Magnum Trooper was the premier offering of the new product line, featuring a heavy barrel with a solid top rib as well as a shroud which protected the ejection rod. A new ammunition chambering option, the .22 Winchester Rimfire Magnum, also became available for the first time.The MK III series incorporated a number of models, several of which were updates of existing designs. Classic models included the venerable Colt official police chambered in .38 Special as the basic/entry-level offering, and the Trooper in .357 Magnum. New members of the line up included the Lawman, Metropolitan Police, and Border Patrol. The MK III series was discontinued in 1983   ----- https://en.wikipedia.org/wiki/Colt_Trooper

COVID19 Update:
We are still open for our regular business hours, but due to an extremely high volume of sales combined with shipping limitations and backlogs we are currently unable to process any shipments and any listings are for local pickup only.

Once we are able to ship again this notice will disappear, until then we are unable to - we apologize for the inconvenience and appreciate our customer's understanding during this unique time period.

Trade Ins:
We'll always consider a trade in on a firearm however we have to see the firearm in person at our storefront in Beaverton in order to make an offer. The only exception is that we cannot accept trade ins towards a consignment firearm.