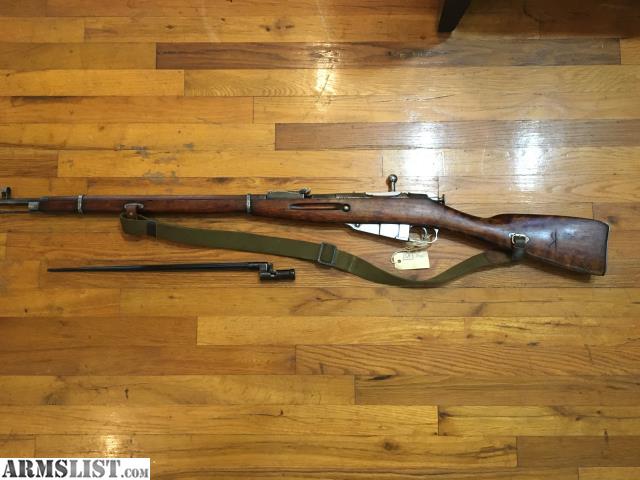 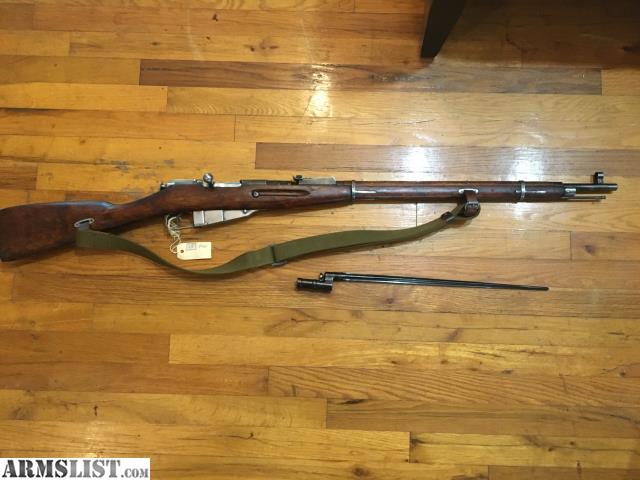 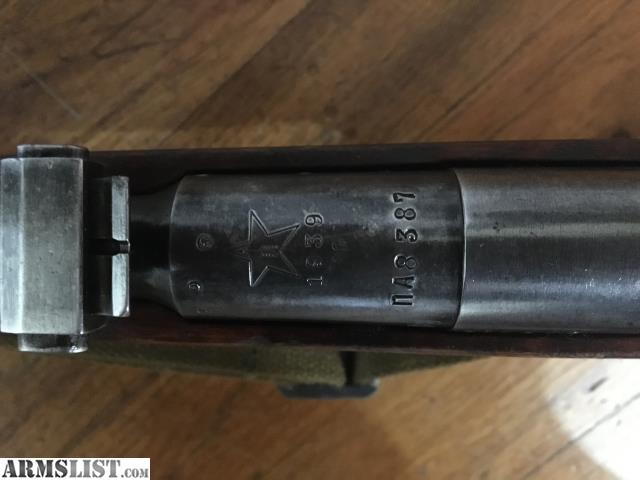 I bought this years ago from a collector in Jax Beach. I have never fired it, The bore /bolt and  receiver area are very clean and bright. Overall for the era , this rifle is in very nice condition. This will come with a bayonet and sling.
This was built in the Tula factory in 1939, and was later captured by the Finnish. The left side of receiver is marked 'SA.' SA is translated Suomen Armeisa which is the Finnish Army.
It is assumed after the Finnish took this rifle they used parts from the Russian Ishevsk factoty. Some parts have the Ishevsk 'Arrow.' So that will answer your question, "Do all serial numbers match." They do not. This has a round receiver -vs- a hex receiver.
It has a 'K' carved into the stock which I will presume was the solidier who carried this rifle into battle.
I also have a tin of 440 rds of Soviet 7.62X54 ammo. If you are the buyer, we can work out a price for the ammo. Please, if NOT buying ask me to sell you the ammo separately.