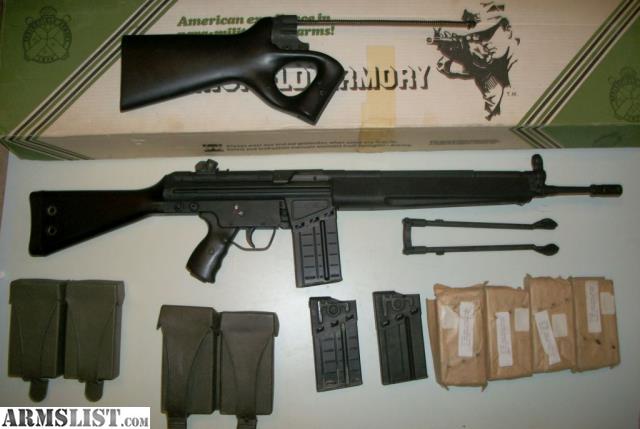 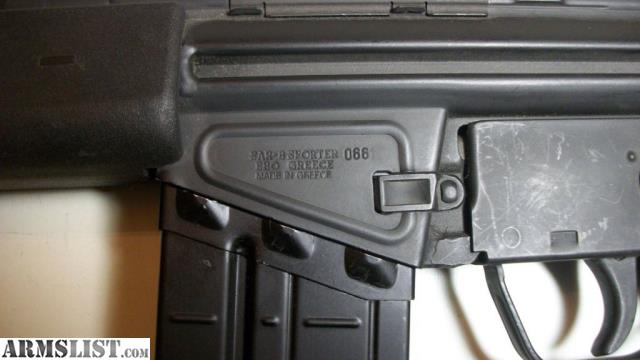 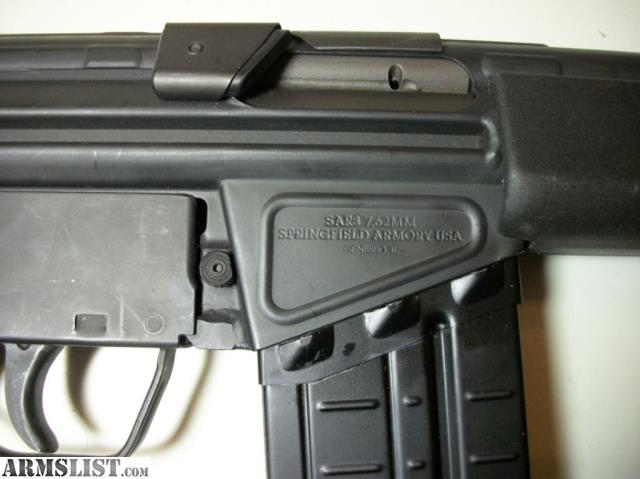 ***IF YOU SEE THIS AD THEN IT IS STILL AVAILABLE***

Manufactured in Greece and distributed by Springfield Armory. The SAR 3/8 is the Greek version of the H&K G3 assault rifle.
Although known for their M1A rifles, Springfield Armory did import H&K clones from Greece.  These rifles however are not to be looked down upon as cheap knockoffs - the Greek made rifles were built on H&K machinery by H&K trained technicians.
Originally when imported as the SAR 3, the 1989 Assault Weapons Ban by George Bush sr. banned many rifles by name and designation.  A large shipment
of SAR 3 rifles were already at the customs dock as the ban went into effect, so to bypass the ban, Springfield Armory sent employees to stamp over the 3 and turn it into an 8.
Thus the SAR 8 replaced the SAR 3, being importable for a little while longer until Springfield Armory stopped carrying them.

THIS IS NOT the later SAR 8, or the SAR 8 with the cast receiver and pinned fake flash hider.