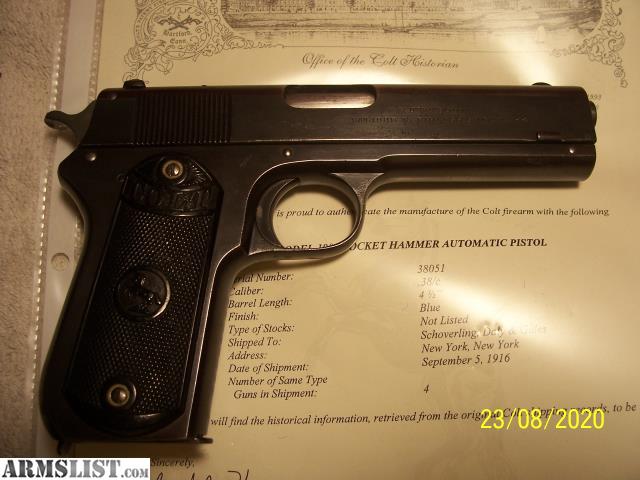 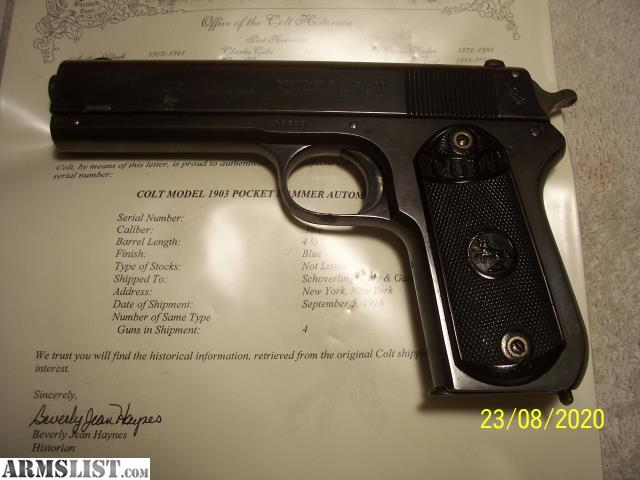 this is a colt model 1903 POCKET HAMMER 38ACP. not to be confuesed with the colt 32 acp. about 85% condition, grips are perfict. also has a colt letter that the gun was sent to schoverling, daly, & gales new york, new york. srptember 5 1916 see pics. thanks.