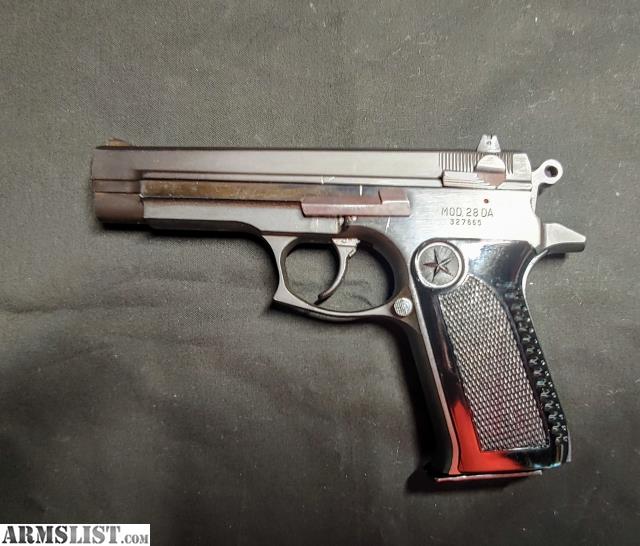 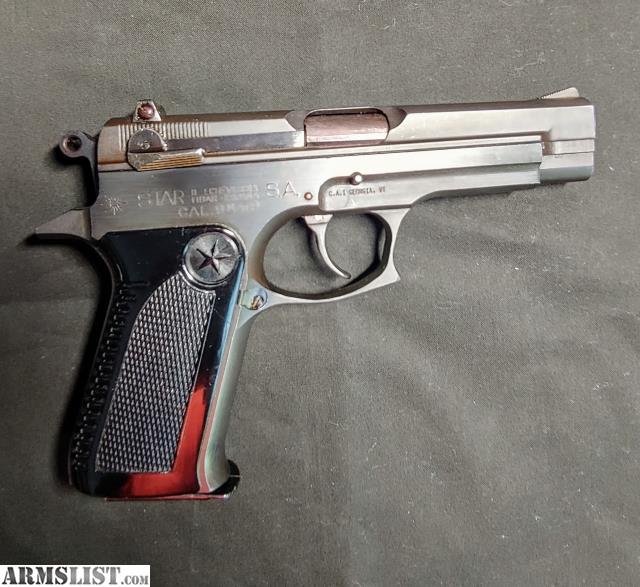 Nice collector piece. Excellent surplus condition. The Model 28DA is very scarce. 9mm.
From the Internet: In 1983, the Star Model 28 competed favorably against the Beretta M9 for the US Military Contract, claiming its place as one of the original Wonder Nine pistols of the Reagan Era. This is the immediate predecessor to those US Field Trial Guns, the Model 28 DA steel frame; this one passed muster in the Land of Israel and served with distinction in the Mishteret Y’Israel, the Israeli Civilian Police in Jerusalem District, a 20,000 officer strong agency that has seen considerable latitude in its issue weapons. From its 300,000 range serial number it was manufactured in 1983, so it served during both Intifadas in the Land of Israel. This 28 DA does not bear a date code anywhere. Price is Firm.