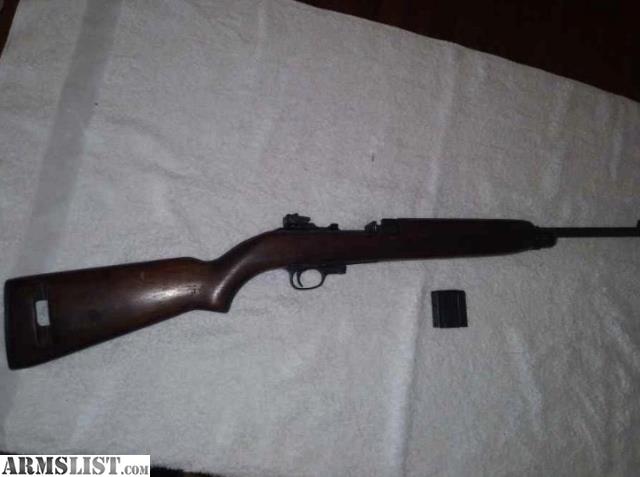 Postal Meter M 1 Carbine. It use used by the Bavaria Rular Police. The Barrel is a underwood 3/43. The triger housing has number LGKNO 0155. Also comes with approx 200 rounds. VERY VERY RARE GUN. (M1 Carbine - Bavaria Rural Police CMP Service Grade. made by Underwood. Adjustable sights. In the months after the end of WWII, the Allied Occupation Forces needed the assistance of the German police to maintain order and enforce the laws pertaining to the German population. In October 1945 the Allied Control Council for Germany issued a directive that allowed for rearming the German police. The directive required the weapons they were armed with must not be of German manufacture, and must be marked in a manner that would make the weapons readily identifiable as to which agency they were issued too. Office of Military Government Bavaria ordered their M1 Carbines to be marked in English on top of the receiver to the left of the bolt, with the type of agency the weapon was issued too; BAVARIA RURAL POLICE. All the marks are clearly visible to verify everything.VERY  RARE GUN. ALL SERIAL NUMBERS MATCH.    3 zero five 7 one three 8 four four 2
Private Party Details Registered on 5/21/2020 Listings by this user