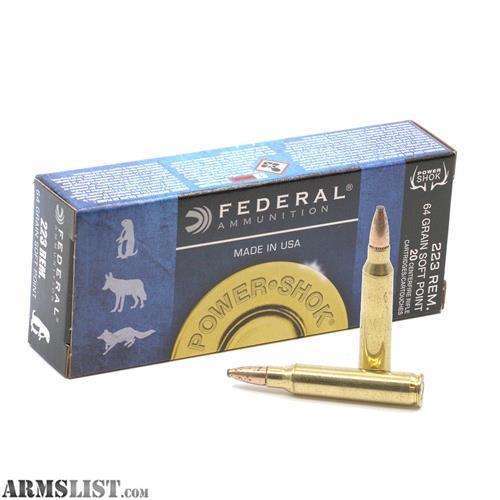 
The 223 Rem is one of the most popular rounds in the Western World. Although it was rejected at first, after some major improvements to the rifle it is used in, it became a highly sought out round and has proven its worth through years of military, law enforcement, and civilian service. The 223 rem is a great option for hunting, range training, and match competing.

Ever since 1922, Federal has been one of America's favorite ammunition manufacturers. When you need purpose built, high quality ammunition, Federal is the way to go. The Power Shok line is designed to deliver the expansion and penetration required for hunting applications. Each soft point projectile weighs in at 64 grains and is loaded into a boxer primed brass casings that is reloadable. With these Power-Shok rounds you have the energy and expansion you need to take down deer and boar.