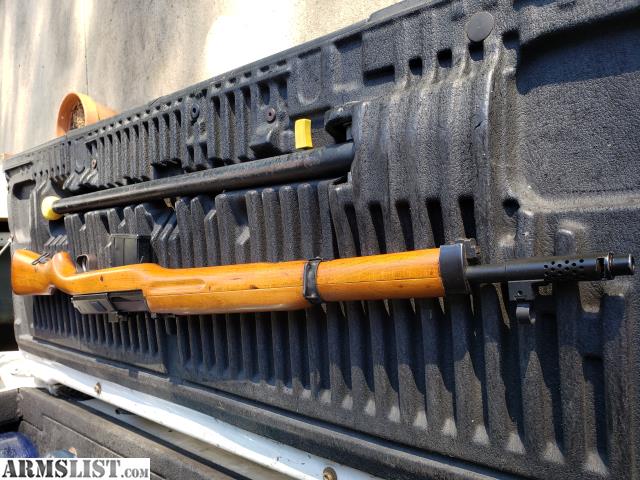 The Hakim Rifle is a gas operated semi-automatic rifle. It was originally designed by Sweden and produced as the Ag m/42 for the Swedish Army. The tooling and design were later sold to Egypt, and the Hakim was produced there during the 1950s and early 1960s. It was replaced in the mid-1960s by the Maadi AK-47 (a licensed copy of the Soviet rifle) but was stored in military reserve arsenals. In more recent years, it has been observed in use by some Egyptian police units. Around 70,000 were made.

This example presents with minimal finish wear to the metal and a clean finish to the stock. Magazine is a modern replacement but rifle functions flawlessly.