Upgrade Account
We are experiencing a high volume of emails at this time, please be patient as we are working through all the requests and will try to get to them in a timely fashion. Most questions can be answered in our FAQ.
This listing has expired. You will no longer be able to contact the seller. 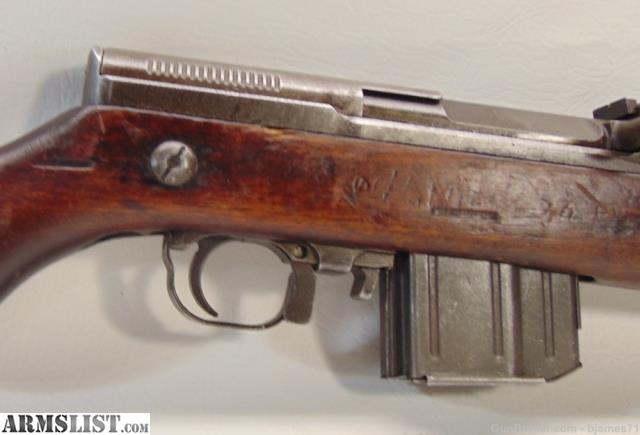 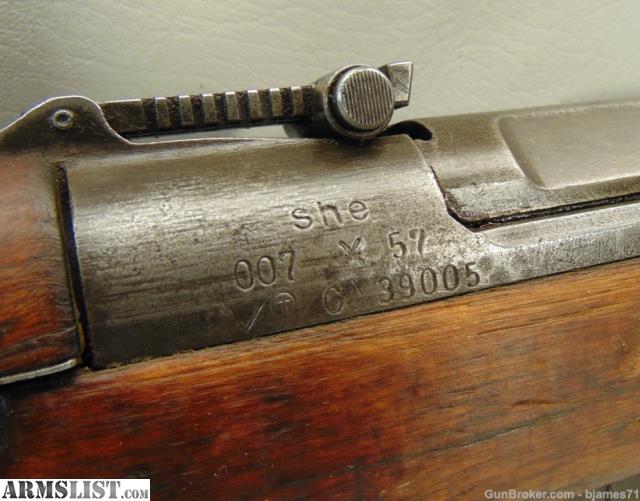 Czech M52 in great original condition. The stock is complete with nicks and scrapes. This one has a manufacture date of 1958 and does have import markings. It has the swing out type bayonet that works correctly. The Czech M52, commonly referred to as the Vz-52, is a rare Czech-made rifle that is highly sought after by shooters and collectors alike. These rifles were extremely rare in the U.S. The Czech Vz-52 rifle is one of the rarest and most highly collectible semi-auto battle rifles of the modern (post-WWII) era. They were, and are, extremely difficult to get. The VZ-52 rifles are considered highly reliable due to their piston-driven gas system and the tilting bolt locking mechanism. The cartridge is unique as well because it is directly in between the 7.62x39 cartridge and the 7.62x51 Nato.

History: The Vz.52 is a Czechoslovakian semi-automatic rifle developed in the late 1940s and fielded by that nation during the 1950s. It is a very similar rifle to the Soviet Union's Simonov SKS, in that not only are they comparable in form and function, but also in that both ultimately served only as short-lived stopgaps until assault rifles became available. It nonetheless remains in service with several nations and non-state groups, and still makes regular appearances in combat zones around the world.

The vz. 52 is a shoulder-fired semi-automatic rifle with a tilting-bolt locking mechanism powered by an annular short-stroke gas piston system. The bolt is locked by two lugs that recess into slots machined into the receiver. However, unlike most vertically-locking breech mechanism, the rifle's bolt has the unusual feature of tipping the bolt frontally to lock the mechanism, whereas other tipping bolt designs tip the bolt to the rear.[1] The piston is actuated by residual gases from the bore, vented into a sleeve surrounding the barrel to overcome the inertia of the bolt carrier, bolt and the resistance of the return spring in order to unlock the chamber, eject the empty cartridge casing and then introduce a new round into the chamber upon return to battery.

Not really looking for a trade but maybe interested in old military weapons that have not been customized. Also, interested in the Sig M17 surplus. Please send complete offer.
Private Party Details Registered on 1/11/2020 Listings by this user