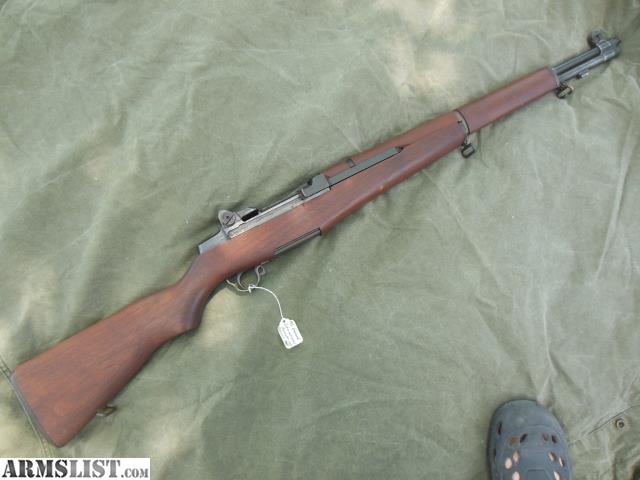 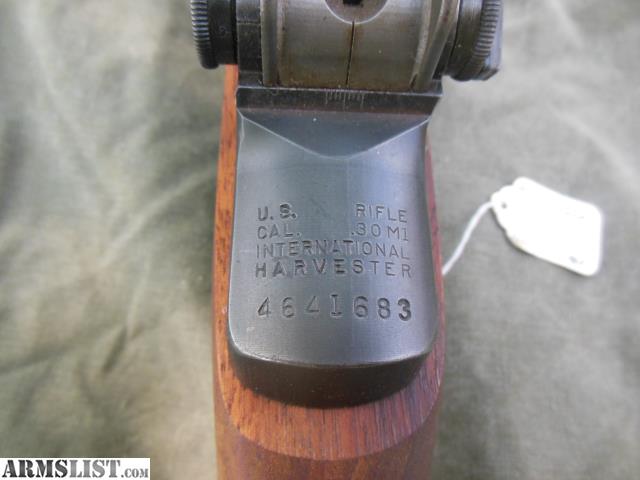 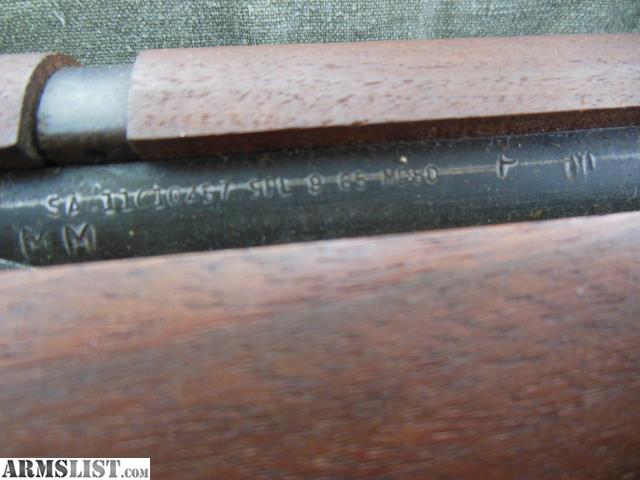 If you see this ad, the item is still available.

Offered here is a extremely nice M1 Garand rifle built by International Harvester. If that isnt rare enough, this gun is believed to be one of a couple thousand rifles built by the Navy for Marine Corps marksmanship training in the mid 1960's per lack of enough M14 rifles. As with all those guns, this one has a 7.62mm barrel as built on a special contract with SpringField Armory in 7.62mm NATO(308) correctly dated 1965. Springfield Armory made no other 7.62mm Garand barrels! This example is in exceptional shape, and appears to be all IH except the trigger group & barrel. Nice walnut stock that I'm sure is a replacement.

No shipping on this item. In person only sales. I am not an FFL but I do require positive ID with signed statement that there is no legal reason you can not make this purchase.

I have decided to liquidate everything from my 30+ year collection of military guns that I do not actually use.

More pictures on request.
No phone calls please. Email only, I can not hear well enough to use a telephone.