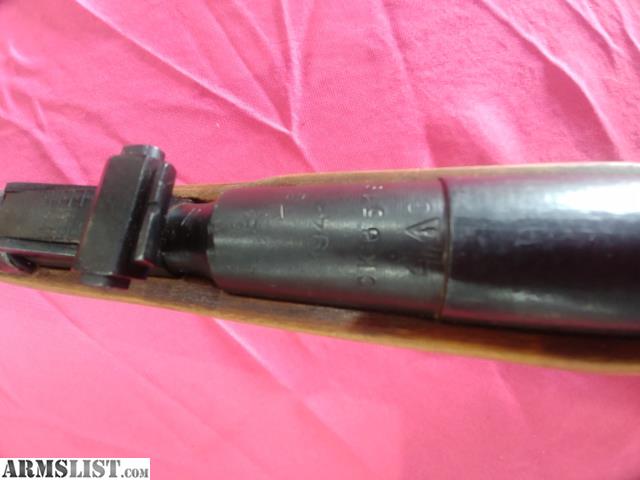 Even though the M91/30 was shorter than the M1891, cavalry, artillery, signalers, and other support units still required lighter, less bulky weapons. Drawing from the role of the M1907 carbine, the Soviets adopted a new carbine, the M38 which was officially entered into the inventory in 1939. This model differed from the M1907 in that it was not fully-stocked and used the new hooded-post front sight as found on the M1891/30 rifle. The M1938, like its predecessor, did not accept a bayonet and had an improved rear sight graduated in 100s of meters, indicated by the numerals 1 through 10, stamped on the rear sight leaf. The M1938 was produced from 1939 to 1945. Very low production numbers for 1944. This rifle is an Izhevsk.