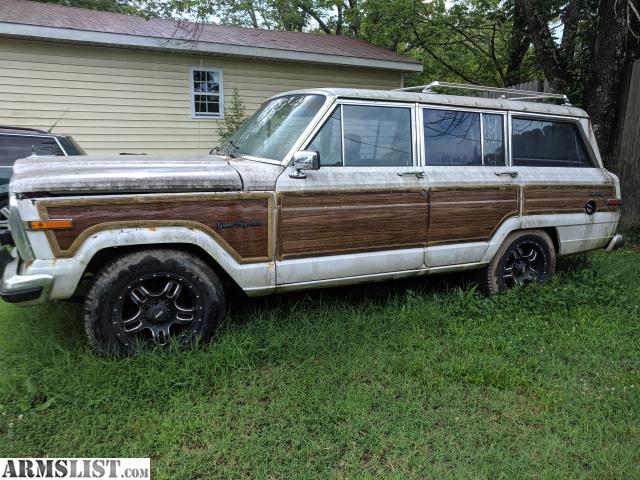 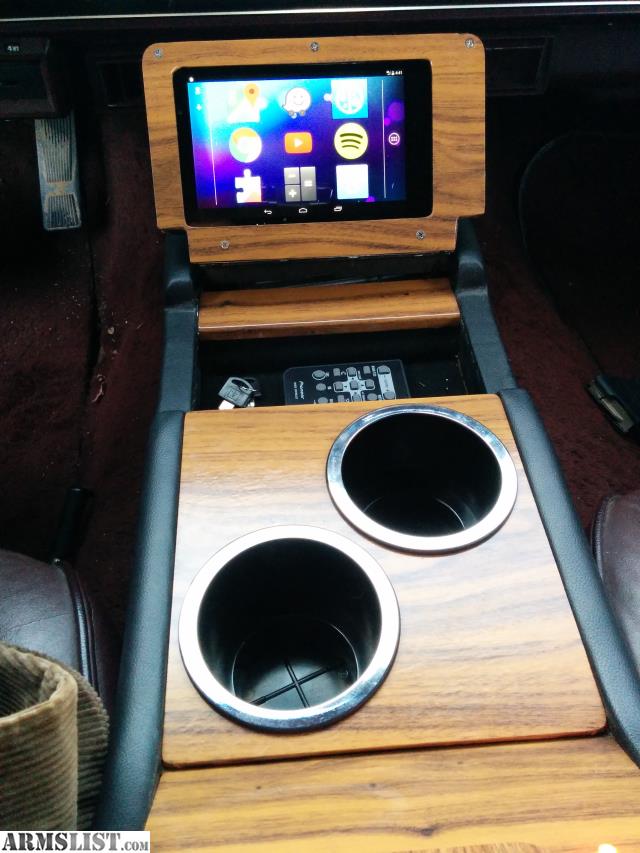 I have a 1988 Jeep Grand Wagoneer ("woody") in pretty good condition with many customizations. I have over $10,000 in it, but have moved on to other projects. It starts and drives fine. In the picture, the black stuff on the paint is dirt and crud from being parked under a tree for a long time. If cleaned, it would be white. But to be clear, the paint isn't beautiful. The next big step for the vehicle's restoration would be bodywork and paint. The heat, AC and power windows also need fixes. I am willing to sell it at a loss, because if I keep it, it'll just slowly rot in my yard.


What is in good condition:
- The engine starts up, idles smooth, drives fine. Transmission also seems fine.
- 4wd works well.
- It has a new-ish (circa 2015) steering box and tie rods. The suspension is as smooth as one of these things can be.
- Electrical system works.
- The interior, including headliner, is in good shape.
- It has a trailer hitch.
- Odyssey battery ($200+ battery).

What has been customized:
- The engine has a Howell TBI fuel injection kit installed. It is working well. This results in easy cold starts and may make the engine run a little smoother. It has no major effect on power or fuel efficiency.
- The jeep has a custom console between the front captain's seats. The console has two cupholders and a Nexus 7 tablet in a flip-up panel. The Nexus 7 connects to a Pioneer head unit and can be used on wireless data or via your phone to do Waze, Spotify or whatever else you can do on an Android device.
- Black alloy wheels and Michelin tires are in good shape. I also have the original steel wheels that will go with the vehicle. (The wheels match the intended paint job, not the existing paint job. I was planning to get bodywork done and then get it painted gray (lower) and white (upper) with a painted "woodgrain" stripe separating the gray and white, but I didn't reach that point.)
- New headlights that use normal modern white bulbs that you can buy at Walmart, as opposed to the original dim yellow headlights.
- Keyless entry with keyfob. It also locks and unlocks the vehicle and can be used to roll down the rear window. The door lock control isn't reliable now because of a mechanical issue with the locks (they start to unlock, hit something, and re-lock). Probably easy to fix, but for now, I use a key to unlock the door.

Defects, problems, stuff to upgrade, fix or live with:
- Rear rocker panels are rusted through in some places.
- Front driver side fender has rust, and the woodgrain is a different pattern (cherry vs oak), meaning it's from a different year. But, I have a spare fender with the correct woodgrain pattern that will come with the vehicle.
- The paint, in general, does not look professionally done. There is a "pebbly" appearance. Someone told me it was probably painted in sunlight as a preservative. The paint is mostly intact but doesn't look great.
- If you're familiar with these vehicles, you know the power windows are driven using a toothed plastic rod that can easily break. I replaced the front window mechanisms with a metal worm drive system. But something is misaligned and the new system isn't working. I can't imagine it would be very hard to fix, but I haven't tried (tired of messing with it). I have the windows blocked shut with pieces of wood inside the door. The rear windows work using the original system.
- The AC and heat haven't worked since I bought the vehicle. I haven't investigated it.
- The driver seat had upholstery work done, and the color doesn't match the rest (more red than maroon).
- The dome light doesn't work.

Caveat: There's a lot to remember with a project vehicle like this, and I stopped working on it a couple of years ago. There are probably some minor things I forgot to mention.

Clean title. Cash sale. Vehicle is parked in east Durham, 10 or 12 minutes from Brier Creek. If you don't like my price, make me an offer. I'd rather someone buy it for the next step in its life than for it to sit and rust in my yard. I also need the space in my driveway. That said, approach it with a sense of fairness; I really do have over $10k in the vehicle.