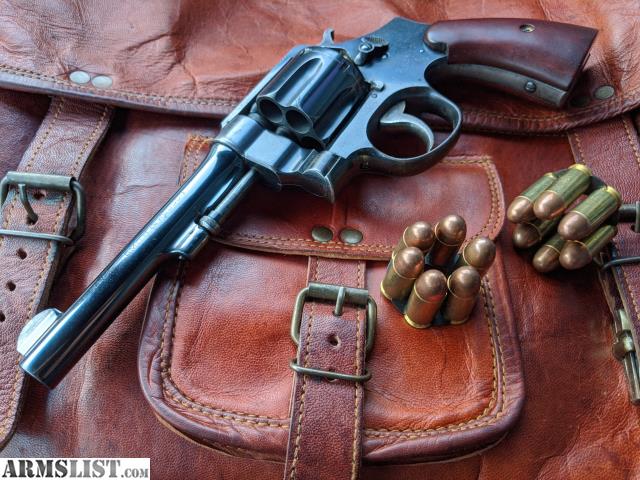 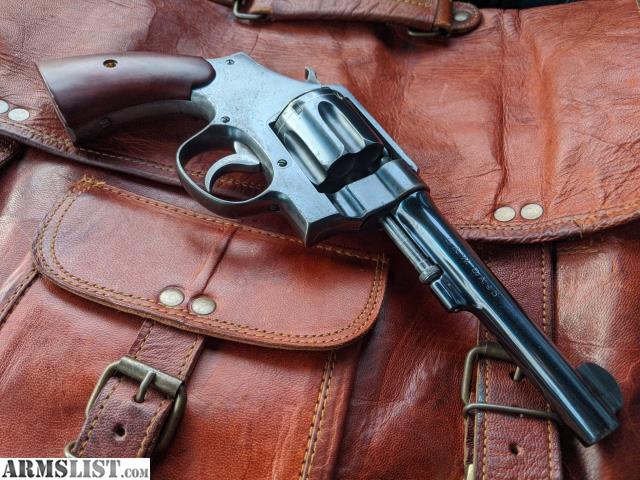 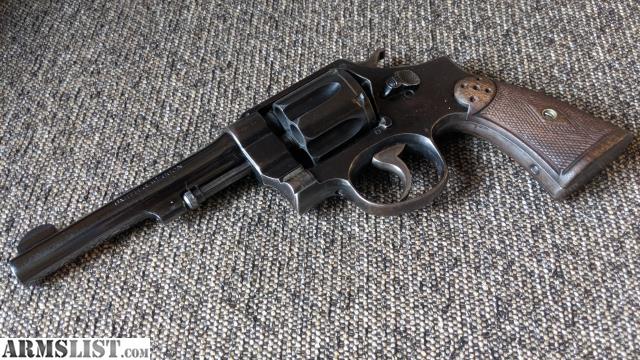 For sale or trade is an early production Smith and Wesson 1917 Commercial Model in .45 ACP. This is pretty much identical to the M1917 revolver that was issued to US troops in WWI, WWII, Korea, and even as late as Vietnam.

This gun has a pretty low serial number (59XX) which puts it at a pretty early production date for a civilian gun. It does not have the rebated cylinder introduced on later guns. Given that .45 auto is rimless, it feeds from 3 round half moon clips or 6 round full moon clips. I have three half moon clips and four full moon clips to go with the gun. I have reproduction military style plain wood grips on the gun, but it also comes with the original checkered grips, which appear to have been altered. Both sets of grips are pictured. The lanyard loop has been removed and plugged.

For it's age, the finish is pretty serviceable, with some finish wear, scratches and very light pitting on the frame, but the rest of the gun is in good shape. Lockup is fairly tight, and the trigger is fantastically smooth in DA. It's a great looking classic N-frame that feels wonderful in the hand.

The bad: I've only put a couple cylinders through it and it seemed to be shaving a few rounds. The cylinder does not always fully engage if you pull the hammer back very slowly in single action. This is not a big deal if you shoot in DA or pull firmly on the hammer, but the bullet shaving is a problem. It might be a minor fix, it might take a lot of work. I don't have the time or money to figure it out.

Given the above, this gun is sold as-is. It's worth what I'm asking in parts alone, as the 1917s have commanded a bit premium for a while, but I'm open to all offers.

Other S&W wheelguns. Old and interesting firearms. Make an offer.
Private Party Details Registered on 1/7/2017 Listings by this user