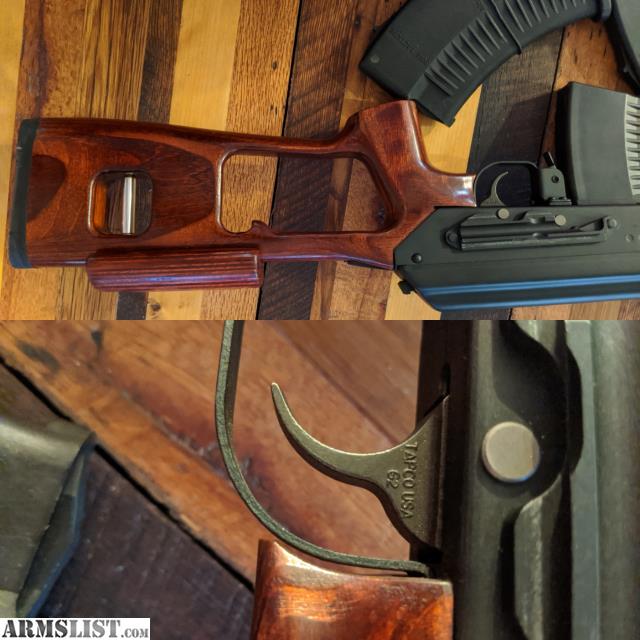 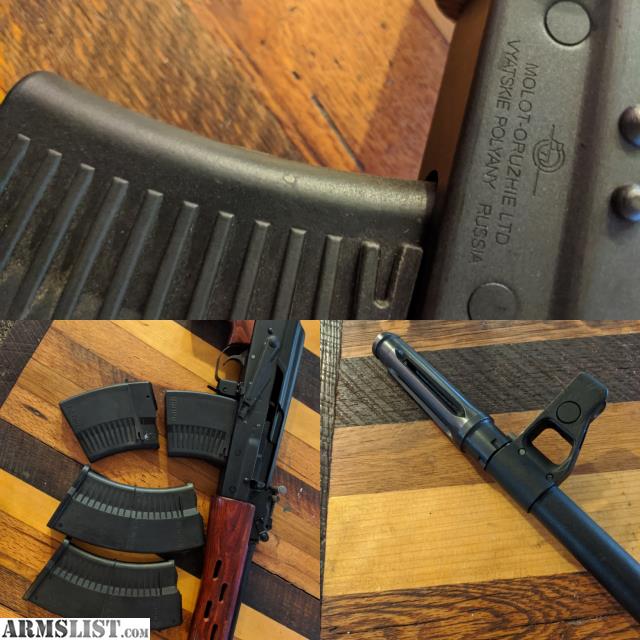 Price is just my guess on value based on the rifles I have seen on gun broker. Putting a $2000 dollar value on the gun. 1800 cash  or 2k trade value.

The gun is a dragunov mimic and has some nice looking red stained wood and a flash hider to mimic an SVD rifle. It came in through Atlantic in this form and I have the original box for it with two five round and two ten round single stack mags. I have put about 2 or 3 boxs of ammo through it. No corrosive stuff. These guns will not be coming back to the US as far as I know and its a bit more collectable than other AK rfles out there. Looked up some guns on GunBroker and its a bit hard to guess at a price. The barrel is 24 inches and cold hammer forged and chrome lined. As far as I know this model is not coming back to the US and price is hard to guess at couldn't find a lot listed here or on gun broker. Midwest industries makes some cool stuff for it as well.

I require a bill of sale and want to see an AZ driver's licence to match your name to the bill of sale. Must be a legal possessor

Text me at 2 2 4 _ 3 8 3 _ 4 0 5 1 the emails here are funky and half the time people forget to confirm the message and it never comes through the system. If you email me check to see if you got a confirmation email.

Really don't want to add cash from me for a trade unless it's something special or something I really want.  I'm okay with multiple gun trades for it or a gun plus cash or cash alone.