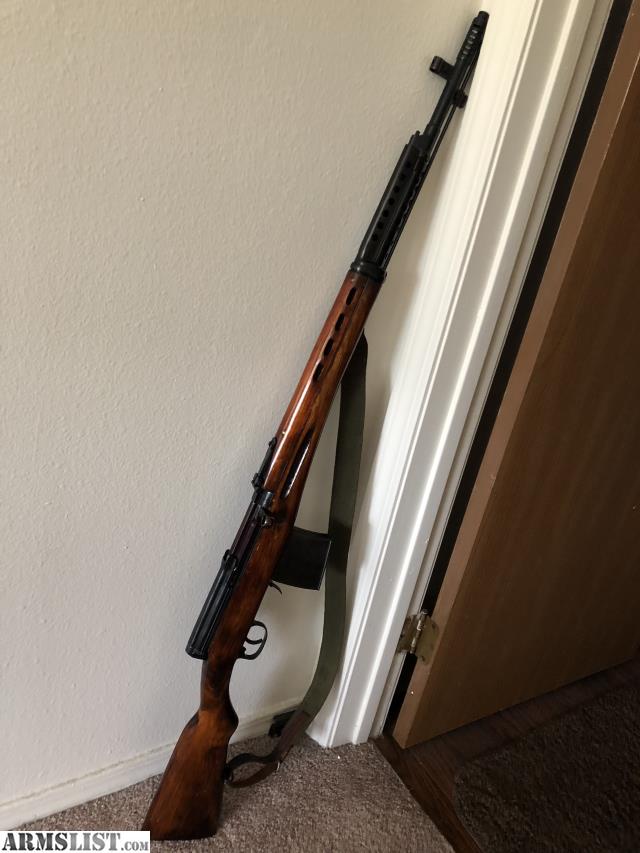 For sale/trade is a great condition SVT-40. It is an arsenal refurbished rifle imported in the small batch in the early 90s before the importation of these was cut off. As such, they have become quite hard to find. This one is in excellent refurb matching condition, except for the magazine which is an original but is not matched to the rifle, which is the norm for these. Bore is very bright and sharp and appears like new, and rifle is quite accurate and functions reliably ising modern non-corrosive ammuntion at a gas setting of 1.5. Also have sling and gas adjustment/takedown tool.

I am not in any rush to part with it, and am mostly curious to see what is out there.

Would consider trades for similarly valued firearms, with special interes in other milsurps, Chinese Polytech and Norinco AK-47 style rifles. May also consider more modern rifles such as Steyr AUG, MP5 clones, etc. If you have a fair offer feel free to run it by me as the worst I can say is no thanks.

Feel free to text me at 231-six90-O675. Can always provide more pictures and info if interested.

As noted above, would consider trades for other military surplus weapons, Polyterch/Norinco AK rifles such as AKS-762, Arsenal 104fr, Steyr AUG, etc.
Private Party Details Registered on 11/11/2017 Listings by this user