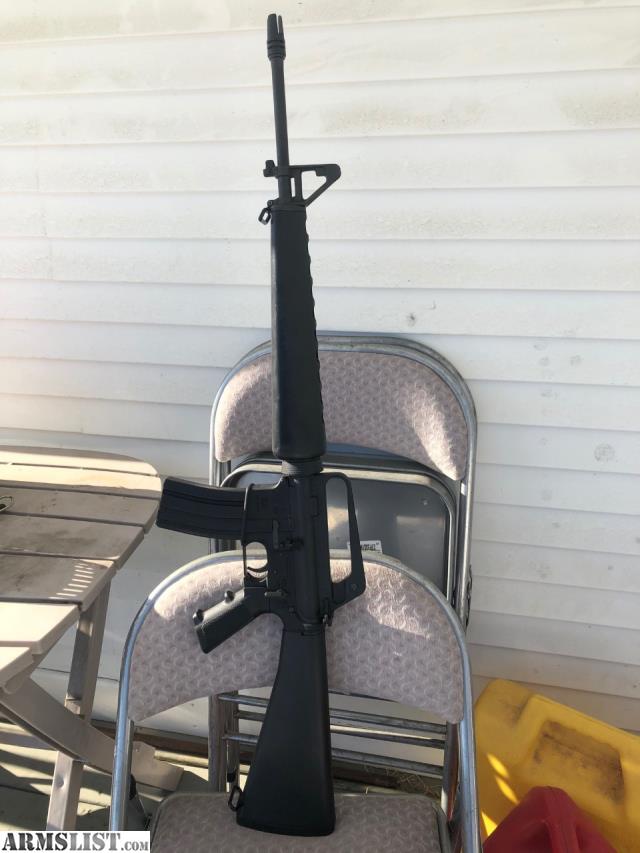 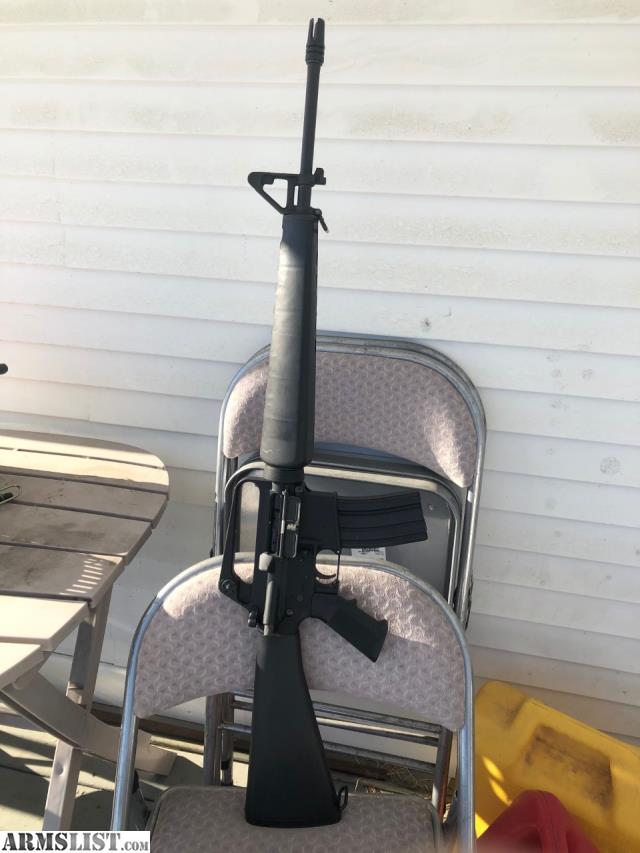 I dont know a lot about it. It appears to be a M16A1 type. Front sight tower is C marked for Colt. Barrel is early Vietnam skinny type. Upper receiver is carry handle A1 type with Anchor Harvey forge mark(government contractor). Only marking I can find on the barrel is "M" about 2 inches behind front sight. Bore is bright and shiny. Lower is  Palmetto State Armory. I recently fired it and it works slick. Has bayonet lug, early triangle handguards and 3 prong flash hider. Overall in excellent condition. I will consider trades. I tend to like the WWII and older stuff, Garands, M1 carbines, Springfield 03, US M1917's, British Enfields, 308cal military rifles, vintage revolvers in 38sp or 357, Browning or FN hp's, Marlin Camp 45, Colt series 70 etc..
I can be reached via text to REDACTED.
In response to several peoples question......yes, I would consider selling/shipping the upper seperately