Upgrade Account
We are experiencing a high volume of emails at this time, please be patient as we are working through all the requests and will try to get to them in a timely fashion. Also, we are not accepting new accounts at this time. Thank you for your interest, please check back soon.
This listing has expired. You will no longer be able to contact the seller. 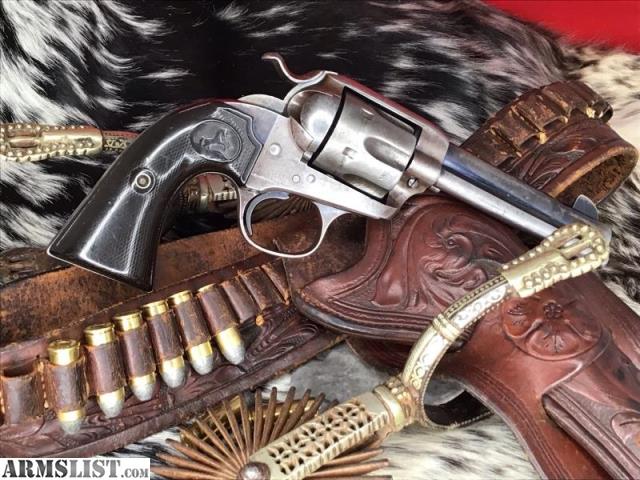 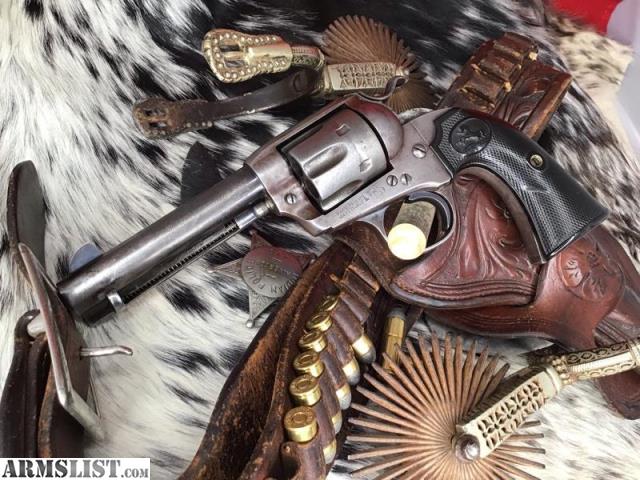 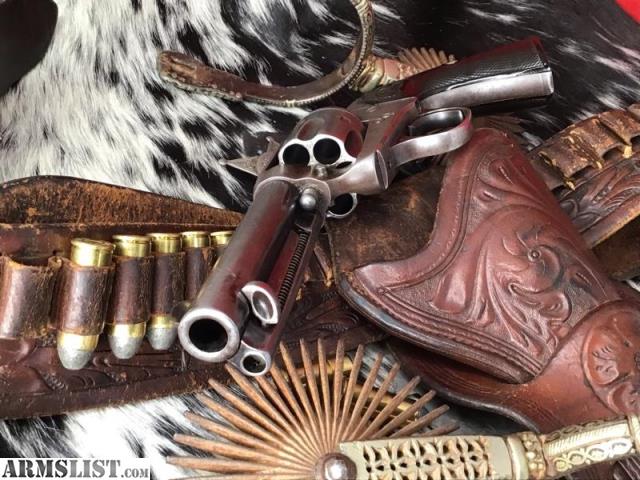 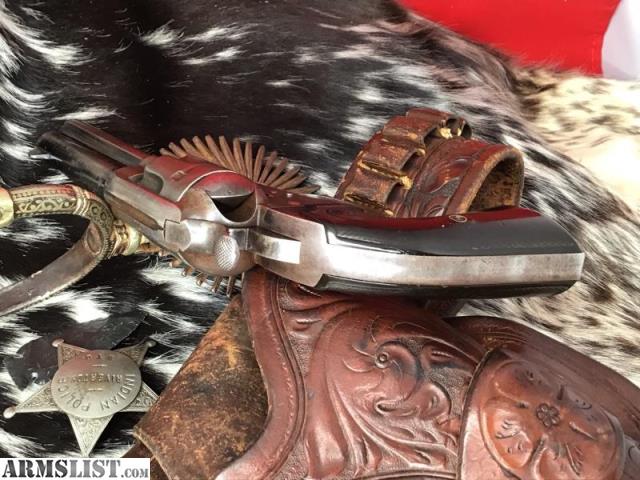 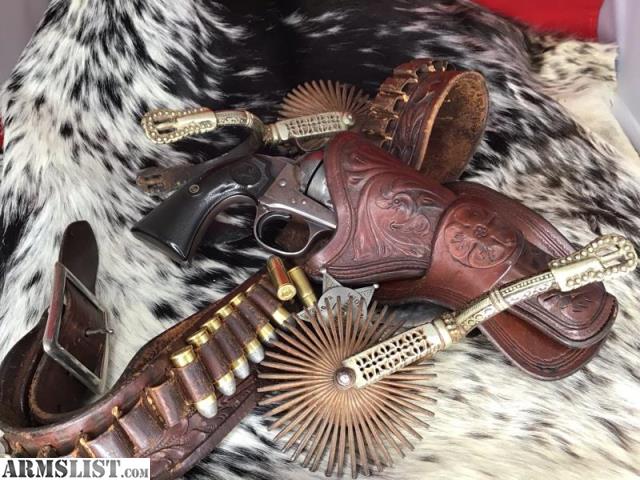 
The Colt Bisley was introduced in 1894 as a target pistol. The name Bisley came from the famous firing range in Bisley, England. The Colt Bisley can be distinguished by the longer grip, the wider hammer spur, and the wider trigger. The distinguishing feature of the Bisley Target Model is the topstrap, which is flat and fitted with a sliding rear sight, adjustable for windage only. The front sight is a removable blade, which fits into the slotted base attached to the barrel. The revolvers were supplied with different blades for elevation.

The Bisley mainspring is longer than the SAA mainspring, and the two are not interchangeable; it is attached to the hammer with a stirrup via a forked upper end. The serial numbers are stamped on the frame, the backstrap and the trigger-guard at the end of production, with tiny dies.

Bisleys were serial-numbered in the range of 156300–331916, in the same sequence as the Single Action Army.] All Bisleys after No. 161,376 had "BISLEY MODEL" with the caliber stamped on the left side of the barrel, which is rare for older Colt revolvers. The most common calibers were .32-20, .38-40, .45 Colt, .44-40, .41 Colt, and the British calibers .450 Eley and .455 Eley. A total number of 44,350 were manufactured. Most Bisley Standard Model Revolvers shipped to a United States address were not used for target shooting, but for self-defense, because the grip and hammer were ideal for fast shooting. This gun with the powerful.45 Colt chambereing is highly desirable.Gun only, holster and spurs are photo props only.
MN buyer needs MN state ID and permit.
Out of MN residents pay $30 shipping to local FFL for transfer

WE ARE OPEN BY APPOINTMENT ONLY .. CALL 651-303-7769
Many times available daily.
If you are a Mn. resident you must have a Minnesota ID and Permit to purchase a handgun or AR Style Weapon. No Exceptions.

Note: We have now reopened for appointments to purchase/sell
Firearms or to drop off gunsmith work at our shop, by APPOINTMENT ONLY. Call 651-303-7769 to arrange your visit. Thank you.

All used firearms are sold "as is" with no warranty or return policy. Please inspect the hi-definition photos carefully and ask us questions as to firearms condition.

Some states prohibit the sale of certain types of firearms and accessories. We encourage you to only order items that you know can legally be sold in your state.

Lay-A Way
If needed, we offer a lay-a-way option on most firearms. LAYAWAY TERMS:
Terms: Items selling $500 to $1500; 30 days with 50% down and the balance plus shipping due at 30 days. On items above $1500; 60 days with 33% down, an additional 33% at 30 days, and the balance plus shipping and credit card fees at 60 days.. Lay-a-way firearm sales are final and if not completed the first payment cannot be returned.
Layaway is not available on accepted offers, or negotiated price.


God Bless America from a proud American, and a Viet Nam Vet , thankful for our freedoms.. paid for by the Blood ,Sweat and Tears of our brave men and women in uniform.

Ten Below Firearms is a Veteran owned and operated business. We specialize in out of production models of high quality firearms.
We love to ship! If you are out of state or can't make it to our store, just give us a call! Handguns normally ship for $30 and Long guns for $40.. That's 2-3 day USPS Priority shipping, Delivery conformation and with tracking number. Optional Postal insurance is additional @ $1.50 per $100 and highly recommended. We are OPEN BY APPOINTMENT ONLY On Monday through Fridays only.. call ahead 651 303 7769 or Please email questions. email:*** [ jerry@tenbelowfirearms.com ]***
All used firearms are sold "as is" with no warranty or return policy. ****Please inspect the hi-definition photos carefully and ask us questions as to firearms condition.

Price doesn`t include MN sales tax and reflects a cash price. We do accept credit cards but there is a 3% convenience fee for swiped and 3% fee for called in cards. Full payment must be received within five days if sending check. We are located in Twin Cities Metro area.
Custom Gunsmith work is offered for repair or restoration of your firearms.

We are always looking to purchase your interesting guns. Call or email for an easy sale of your firearms.

We truly do practice the Golden Rule in our business, your total satisfaction is our goal at Ten Below Firearms .. For more inventory , Please visit our WEBSITE www.tenbelowfirearms.com Thank You.
Premium Vendor Details TEN BELOW FIREARMS LLC. Registered on 12/24/2015 Armslist Store