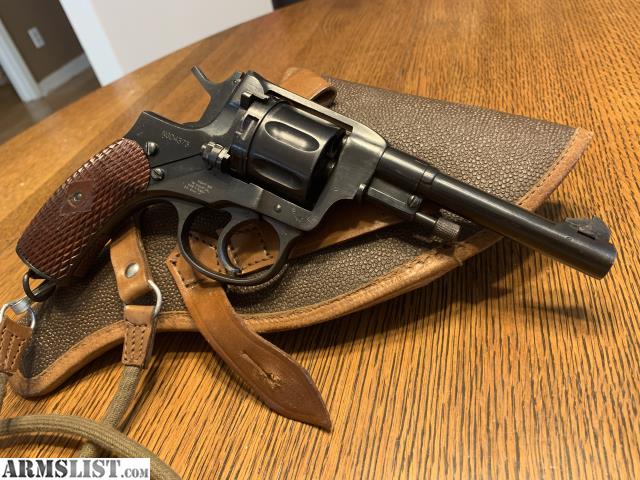 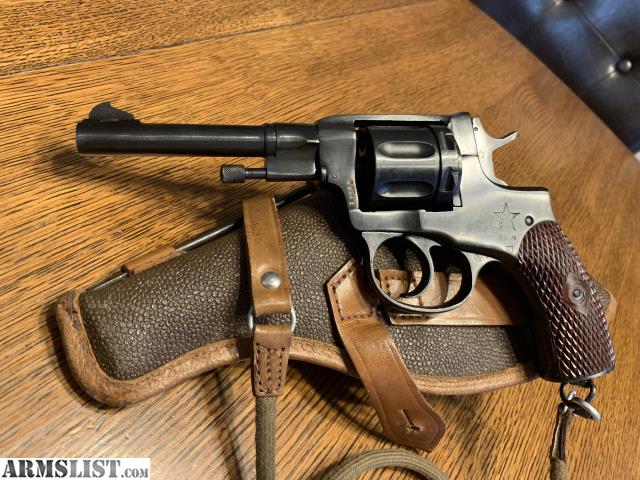 Selling my 1944 Tula arsenal Nagant revolver. Revolver is in amazing condition with better than 95% bluing intact.
Barrel looks new as do the cylinders.
Comes with lanyard and holster.
This is not a  century arms imported and electo penciled pistol, it’s an earlier import with a CDI Swan VT import mark. This double action Nagant is in the best condition I have ever seen! Asking 475 obo