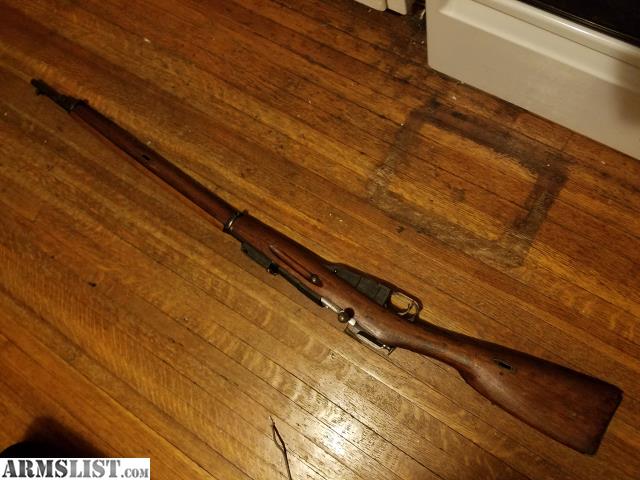 For sale or trade: 1916 dated Mosin Nagant made at Peter the Great Tula Arsenal. Not numbers matching except receiver and buttplate. In original stock as far as I can tell and has "pinecone" cartouche towards rear indicating previous possession by Bulgarian Army. Markings are present and readable though both imperial eagles have been removed.  Has nice rifling and shoots and funtions great.

In Waterloo area but willing to travel a little. I don't always reply immediately, so be patient please. Would prefer to sell/trade to those that have a carry permit or permit to purchase.

Asking $450 but willing to hear other offers.

Possible trade for other surplus rifle or pistol. Willing to take ammo in surplus calibers for some trade value.