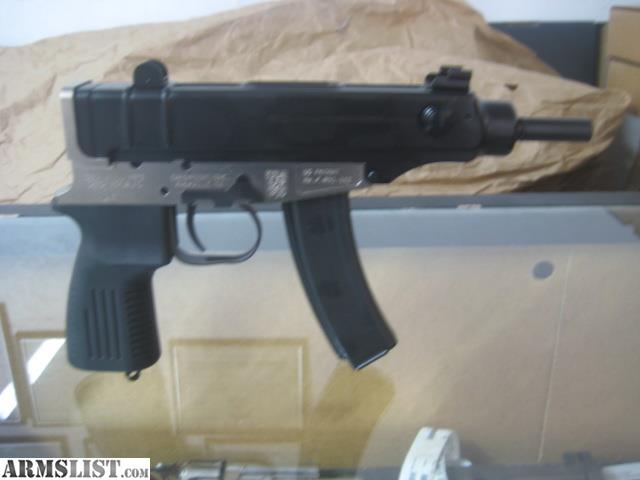 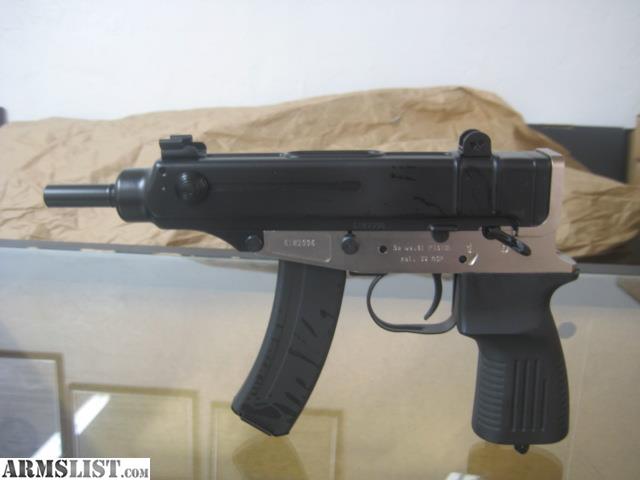 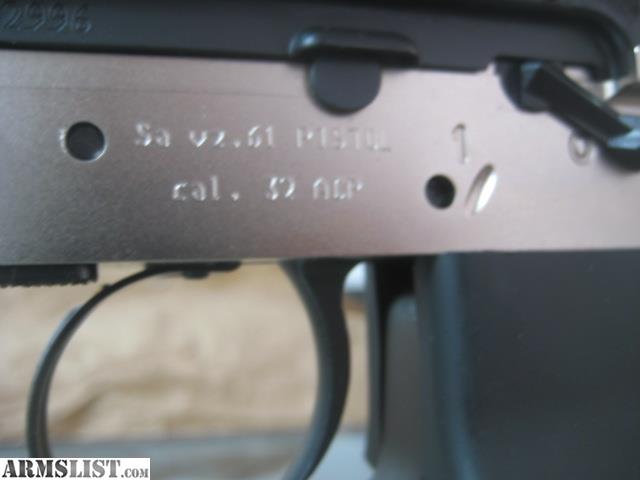 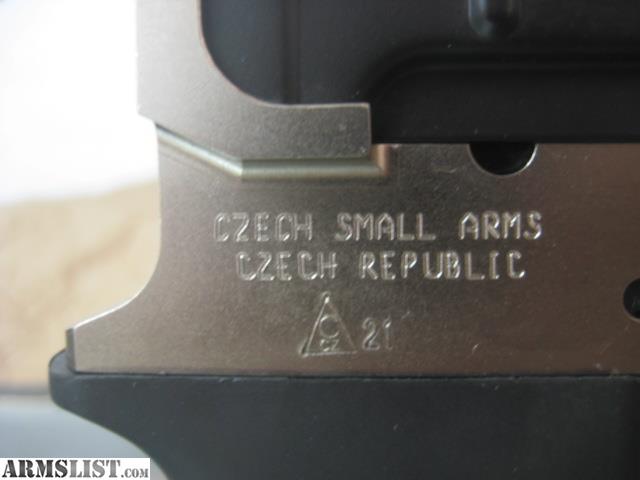 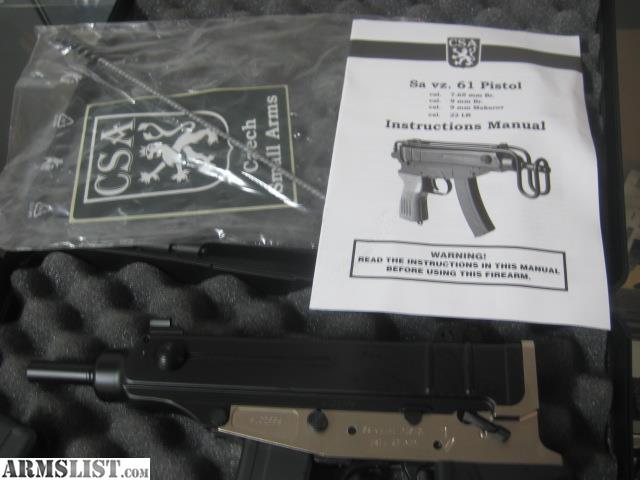 Years ago I worked with a former Yugoslavian military helicopter pilot and he said described firing top folding suppressed machine gun with a very fast cycle rate when he was in the military. It seem very likely he would have been describing Zastava M84: A Yugoslav derivative of the SAMOPAL Vz.61 Skorpion.

More information from the importer; BATFE approved Sa vz. 61 Pistol is the semi-automatic version of the legendary Sa vz. 61 skorpion type submachine gun (machine pistol) designed in the late 1950´s in Czechoslovakia. The Sa vz. 61 was designed for reconnaissance units, tank crews, Special Forces, and for security forces of the Ministry of Interior. The Sa vz. 61 was developed to fulfill a specific need: a firearm that could be worn like a pistol (in a holster) and capable of fully automatic fire.

The design of the Sa vz. 61 was unique in its time. It uses the following common operational features found on a submachine gun: an unlocked bolt, magazine inserted into the bottom of the receiver (outside of the pistol grip) and a folding stock. These common features are combined with the following characteristics not usually found in submachine guns: extraordinary small size, fires from a closed bolt, and uses a rate reducer to slow fully automatic fire.

The Sa vz. 61 offered by CzechPoint is the semi-automatic version of the original military issued firearm - it is as close as one can get to owning the legendary vz. 61 submachine gun. Except for removal of the full-auto parts and rate reducer, and three modified parts with new safety, this firearm is like those used by Military and Paramilitary units in nearly 20 countries around the world.

As shown in the photo, the Sa vz. 61 finish is comprised of a Satin Nickel lower receiver with a black paint upper receiver (paint cured at 300 degrees fahrenheit).

** IMPORTANT: FOLDING STOCK CANNOT BE SOLD WITH VZ. 61 AND STOCK PLATE AS PURCHASER WOULD BE IN CONSTRUCTIVE POSSESSION OF AN ILLEGAL SBR **

* The vz. 61 Pistol is a semi-automatic pistol, is not allowed by US law to have a folding stock unless the proper paperwork is completed and approved by the BATFE (all NFA rules apply).

* The 7.65 mm Browning vz. 61 Pistol does have drilled and tapped holes in the lower frame for attaching the folding stock mounting plate, after all ATF NFA form 1 paperwork is ALREADY approved.

* vz. 61 Pistols are assembled with original surplus parts that have seen military service. Czech Small Arms handpicks the best condition surplus parts from parts on hand and refnishes these parts. With that said, please keep in mind that these are used parts and they may exhibit dings and/or scratches under the new finish.